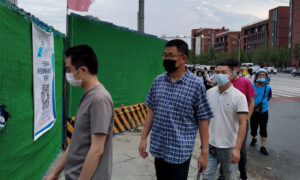 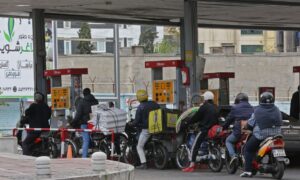 A Chinese Australian news anchor at CGTN, the international arm of the Chinese regime’s state broadcaster, has been detained in Beijing amid testy relations between Canberra and Beijing.

Australian foreign minister Marise Payne confirmed the arrest of Cheng Lei, a Chinese-born, naturalized Australian citizen and host of a business show that airs on the Chinese state-owned network. Beijing notified the Australian government of Cheng’s detention more than two weeks ago, according to a ministry statement released on Aug. 31.

“Australian officials had an initial consular visit with Ms. Cheng at a detention facility via video link on 27 August and will continue to provide assistance and support to her and her family,” it reads.

Cheng, 49, is the second Chinese Australian detained by Chinese authorities since 2019, as bilateral tensions escalated over issues such as trade, Beijing’s tightening control on Hong Kong, and the Chinese regime’s handling of the CCP virus outbreak.

In July, Australia warned its citizens in a travel advisory that they would run the risk of “arbitrary detention” if they travel to mainland China, noting that Chinese authorities have detained foreigners for “endangering national security.”

After graduating from the University of Queensland, Cheng returned to China to became a business analyst for a Sino-Australian joint venture in 2001, then began her journalism career at China’s state broadcaster CCTV a year later, according to her CGTN profile page. The profile has since been removed from the website, along with videos featuring Cheng’s previous reports.

After working as a CNBC China correspondent for nine years, she began working at CGTN’s office in Beijing in 2012.

Reporters Without Borders, a press freedom watchdog, called the arrest “alarming,” and expressed “deep concern over this new attempt to bring ANY reporter to heel.”

Cheng last wrote on Twitter on Aug. 11 about the opening of U.S. fast-food chain Shake Shack’s first store in Beijing, along with footage of company staff clapping to electronic music.

“Make shakes, not war,” she posted.

She hasn’t been formally charged, according to Australian broadcaster ABC. Cheng’s two children are in Melbourne with family, who said in a statement that they are “in close consultation with DFAT [Department of Foreign Affairs and Trade] and doing everything we can as a family to support Cheng Lei,” according to the report.

In March, China formally indicted 55-year-old Yang Hengjun, a Chinese academic who once worked in the Ministry of Foreign Affairs in Beijing.

Yang, who has Australian citizenship, was charged with suspicion of espionage, following more than 420 days in Chinese detention. Payne expressed strong objection to the indictment, noting that Yang was in poor health and has been “held in harsh conditions that have been detrimental to his physical and mental health,” without access to legal representation.

In June, Australian actor Karm Gilespie was sentenced to death in China, seven years after he was first arrested on a trip to China for allegedly carrying more than 7.5 kilograms (about 16.5 pounds) of crystal methamphetamine inside his luggage bag.