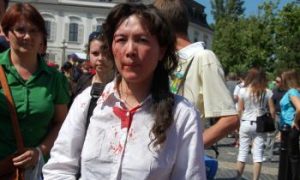 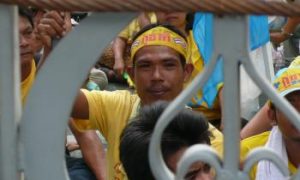 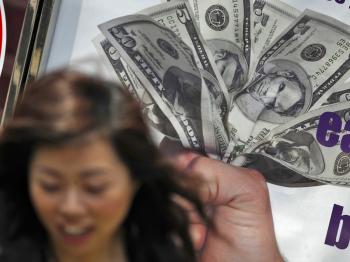 China and the US at Loggerheads

By Heide B. Malhotra
Print
The West has been debating and has tried, mostly through closed door negotiations, to cajole China into joining the global economy as a true partner and becoming a valuable competitive force.

Instead, China only listens to its own devices and tries through threats, bullying, anti-competitive activities, subsidizing, espionage, illegal appropriation of intellectual property, and stealthily integrating itself into a country’s industries, to bankrupt its worldwide competition.

To bring the truth home through numbers, the writer continues, “They [China] have 1.6 billion people ready, willing and able to take on the US. And they put people into service at 5, 6, or 7 years of age. Five times as many workers as here. And with them being our largest creditor stakes are extremely high.”

The final words the writer imparts to the world, “My friends, the ‘enemy’ is NOT at the gate. It is already well past the gate, it’s over the threshold and inside the front door.”

Discussing China’s Attempt to Rule on a Global Scale

Once more, at the end of March, the U.S.-China Economic and Security Review Commission (USCC) addressed Chinese attempts to be the foremost global economic power. This time, the committee discussed China’s state-owned enterprises and how they fit into the equation in China’s quest to rule the world’s economies.

China’s state-owned enterprises, under the auspice and ownership of China’s central government, which is in turn controlled by the Chinese Communist Party (CCP), are formidable, larger than any other Chinese company, employ many Chinese people, and produce around 40 percent of Chinese products.

These companies “are an instrument of state power as well as the centerpiece of China’s industrial policy. They receive massive government subsidies and are protected from competition from foreign companies,” said Michael Wessel, commissioner at USCC.

Besides the giant enterprises, there are about 100,000 smaller companies owned by local and state government. They also benefit from their association with governmental entities by receiving subsidies, tax relief, protection from prosecution in the event of wrongdoing, and many other goodies.

“Their [small and medium-size firms’] persistence and their outsized influence in China certainly violate the spirit of the free market principles of the World Trade Organization [WTO],” said Wessel in his opening statement.

There are very few companies in China that aren’t owned directly or indirectly by government entities.

Several of those who testified before the USCC suggest that the United States must understand the intricate interrelationships between Chinese companies and Chinese government at all levels and act accordingly, especially when it comes to U.S. Defense Department procurements.

“The more that well-subsidized foreign entities are allowed to take advantage of our open market-oriented procurement policies, the greater the likelihood that our Defense Department will one day find that no domestic manufacturer exists for a critical piece of material. In other words, as our vital defense jobs and technology continue to be outsourced, our very national security is put at risk,” Rep. Rosa L. DeLauro, D-Conn., testified.

Next: WTO Caving In to Chinese Scheming