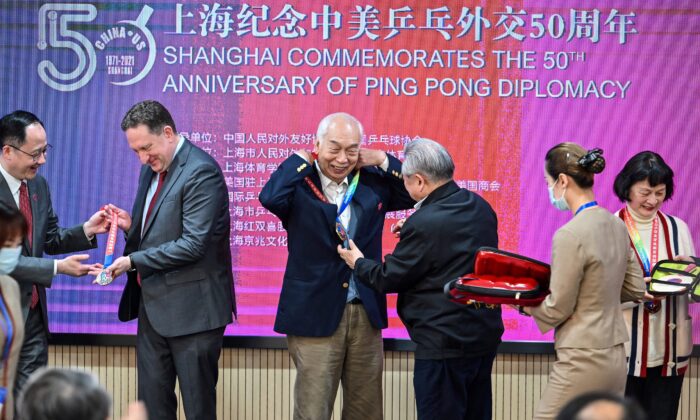 China and the Great American Sellout

Corruption, collusion, and cooperation by US elites help Beijing realize 'the China Dream' as they destroy America in the process

Predicting the rise of the world’s largest prison nation to global dominance is a dreary proposition.

Under Xi Jinping’s rule, China’s economic development hasn’t just been about GDP growth and technology theft just for the sake of advancement.

It’s really about running the world.

That’s what Xi’s “Beijing Dream” is all about. Unfortunately, many powerful people outside of China share that dream.

Sadly, many of them are Americans. But that’s not even a secret.

In 2021, for instance, Apple protected itself from supply chain disruptions and guaranteed its access to the Chinese market by pledging $275 billion of investment into China. The company has been rewarded with record profits in iPhone sales to the Chinese.

In short, China’s big play for world dominance has been and continues to be aided and abetted by America’s elite.

That’s rather depressing, but it’s certainly truer than not. In too many instances, the Chinese Communist Party (CCP) is now calling the shots around the world.

But how did Beijing get into a position to do so?

Many of Our Elites Are Owned by CCP

If Breitbart News senior contributor Peter Schweizer, and author of “Red-Handed: How American Elites Get Rich Helping China Win,” is correct, then many more of our elites have been compromised by Chinese influence than many of us thought.

According to Schweizer’s book, China has massive influence over our so-called political leaders.

He paints a worst-case scenario within the United States, wherein current and past administrations, as well as their fellow travelers in the political, economic, financial, media, and academic realms, have been deliberate and steadfast in betraying their country to help China while enriching themselves along the way.

Given the documented evidence, what other rationale conclusion is there?

Let’s start with President Joe Biden and his family.

In his latest book, Schweizer identifies several instances wherein Biden and his son Hunter have made or been paid tens of millions of dollars for various “business” deals or transactions with Chinese business partners with direct connections to the highest levels within the CCP and Chinese intelligence agencies.

Schweizer also points out that America’s congressional leadership has also been bought and paid for by China.

Democrats Speaker of the House Nancy Pelosi and Sen. Dianne Feinstein, and Republican Senate Minority Leader Mitch McConnell all have multimillion-dollar investments, businesses, and interests with or in communist China.

Changes in U.S. policies that help rather than restrain China’s power are there for all to see.

For example, the Biden administration has been publicly and economically supportive of China while damaging U.S. military and economic capabilities.

That includes driving American weakness in the face of Chinese aggression and its military buildup. It also includes damaging the U.S. dollar by unprecedented spending, stripping America of energy independence, and refocusing military readiness to military wokeness, all while China expands its military and naval power around the world.

Meanwhile, Pelosi has used her power to block congressional inquiry into the origins of the CCP virus and tax money that flowed to the Wuhan biological lab.

China’s rise is considerable and couldn’t have occurred with the CCP alone. Furthermore, in terms of destiny or national power, the CCP’s growing power is by no means a foregone conclusion.

It has resulted from the economic and foreign policies of the United States, driven by our compromised political leaders and empowered by corporate, financial, and Big Tech collusion that have enabled the powers of darkness in China to become what they have become.

None of this should surprise anyone with any awareness of what’s been going on for decades. But now that it’s out in the open with Schweizer’s new book, what will happen?

Sadly, the answer seems to be “nothing”–at least under our current government.