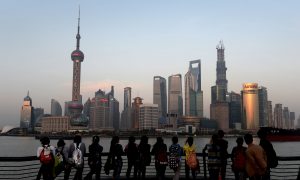 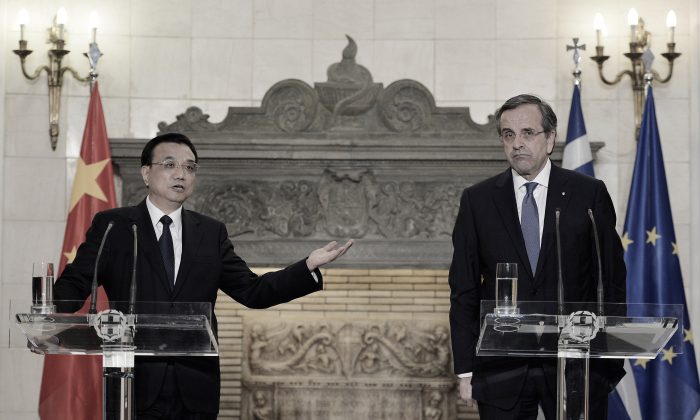 If Greece was China, debt would not be an issue. Both countries have a total debt load several times of GDP and only Greece keeps tinkering on the verge of default.

The difference between default (Greece) and pretending nothing is happening (China) lies in the extent of control the two countries have over their money systems.

Greece has virtually no control over its situation. Most of its government debt is held by foreign institutions and its banking system depends on a foreign central bank to support it. Greece cannot do anything without getting consent from its creditors or the European Central Bank (ECB).

China on the other hand has total control over its money and banking system. That doesn’t mean some of the local government debt it created to spend on doubtful infrastructure projects is better than Greek government debt, it’s not.

However, by controlling both banks and local governments, as well as the central bank, China can play extend and pretend as long as it likes.

Case in point: The current debt swap arrangement carried out by local governments and the big state-owned banks to kick the can down the road on $2.8 trillion in local government loans.

According to The Wall Street Journal, local governments are now allowed to issue bonds at much lower yields (3.41 percent is one example) than the bank loans they took out before (around 7 percent on average). The average bond yields for the private sector is 7.44 percent, according to China Beige Book.

Because of the low yield, nobody in their right minds would buy those bonds, also because local governments are a bad credit since the real estate bubble has burst.

“We have yet to buy any local government bonds, because we think the yields are too low and, from a trading perspective, these bonds aren’t liquid enough,” Wang Ming, a partner at Shanghai Yaozhi Asset Management Co., told the Journal.

Local governments depend on real estate for income more than on taxes. This well has dried up.

This is akin to European investors selling Greek government debt in droves in the early days of the crisis and shifting it to the public sector.

However, since the Chinese regime controls the banks and the local governments, it can force the banks to swap existing high yielding loans for low yielding bonds and roll the whole thing over until eternity so no local government has to default.

The banks may never get their money back, but as long as they don’t actually have to write down the loans, they will stay in business. Thanks to the People’s Bank of China, the risk of those bonds and loans can now be transferred to the central bank as well, because it is eligible collateral when banks want to get fresh central bank money.

How the Greeks wish they would be negotiating just with themselves.