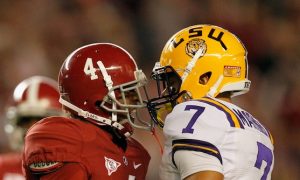 Your article, Pattern of Harsh Prison Sentences Emerging in China on China's prisoners of conscience, with Senator Byron Dorgan's new synthesis of the various types of political jailings in China that have recently been employed, could not be more timely.

What the article and the hearings eat the Congressional Executive Commission on China (CECC) could have added, were space not a factor, is how China also exports its comfort with and preference for bizarre, but tactical imprisonings to other countries, especially North Korea.

American teacher Aijalon Gomes is the prisoner of the moment there. China backs North Korea's ransoming of him, and the details of his arrest, trial, conviction, and sentencing are hauntingly similar to what China did with Houston geologist Xue Feng.

Viewing, as Senator Dorgan now does, China's callous assault on human freedom from a wide-enough lens, one finds similarities amidst these in terms of their economic, ethnic, and geopolitical-based jailings. Furthermore, what emerges is a picture of an out-of-control regime, against which no one, as Senator Dorgan says, no matter how far removed, is safe.