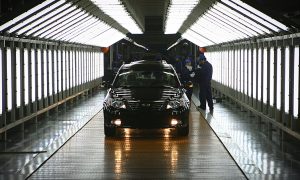 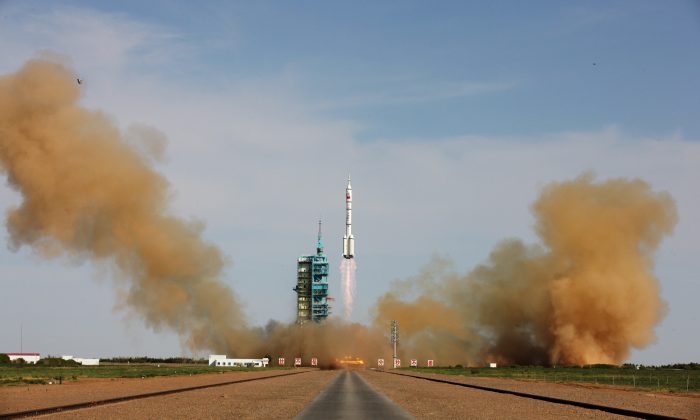 The People’s Liberation Army, the army of the Chinese Communist Party, recently announced a breakthrough on a key weapons programs that may change the nature of war.

Chinese scientists claim they’ve had unexpected success in developing a high-powered microwave (HPM) weapon, according to The Diplomat. The magazine notes that in January, Huang Wenhua, deputy director of China’s Northwest Institute of Nuclear Technology, was awarded for his research on directed energy, which HPM weapons use.

HPM systems are able to destroy electronic equipment, and in an age when most combat systems—from tanks to planes, radios to satellites—rely on electronics, the weapons could change the way wars are fought. Warships will be fitted with HPM weapons to intercept incoming missiles.

The HPM project, alongside other projects involving lasers and electromagnetic pulses, is part of the Chinese regime’s “Assassin’s Mace” (or “Trump Card”) program designed to defeat a technologically superior opponent by disabling or destroying the technology that makes the opponent superior.

It is a shift toward the areas of cyberwarfare, electronic warfare, and space warfare, using autonomous weapons.

Michael Pillsbury, a Pentagon consultant, wrote in his 2016 book “The Hundred-Year Marathon” that the first time the United States lost a simulated war game was when his team was asked to employ China’s Assassin’s Mace weapons as the opposition.

He wrote that in the exercises, “whenever the China team used conventional tactics and strategies, America won—decisively. However, in every case where China employed Assassin’s Mace methods, China was the victor.”

According to Richard Fisher, senior fellow at the International Assessment and Strategy Center, the Chinese regime’s new developments go even beyond the Assassin’s Mace program and represent an overall pivot toward “fifth-generation warfare concepts.”

It is a shift toward the areas of cyberwarfare, electronic warfare, and space warfare, using autonomous weapons.

The idea of space warfare, in particular, was center stage during the Cold War. The United States, the United Kingdom, and the Soviet Union signed the Outer Space Treaty in 1967, which is now ratified by 105 countries. It set laws on the use of outer space and banned any nation from stationing nuclear warheads in space.

What the program did not forbid, however, was the use of conventional weapons in space, and China, in particular, has been developing weapons designed to destroy or disable satellites—which are the Achilles’ heel of the U.S. military.

The National Interest, an international affairs magazine, reported on March 10 that “China’s military is developing powerful lasers, electromagnetic railguns, and high-power microwave weapons for use in a future ‘light war’ involving space-based attacks on satellites.”

It cites a Chinese military journal from 2013, in which researchers disclosed the idea of placing a five-ton chemical laser in low-earth orbit. They wrote that “in future wars, the development of ASAT [anti-satellite] weapons is very important” and that “the space-based laser weapon system will be one of the major ASAT development projects.”

The Diplomat article reported on March 11 that China’s developments on high-powered microwave weapons “would undermine the efficacy of even the most advanced U.S. missiles,” and “applications could also include its use as an anti-satellite (ASAT) weapon or incorporation with missiles in order to overcome enemy air defenses.”

Future of Hollywood–China Relationship in Question

Fisher said that by using the space-based laser platform, China would “realize the dream of Ronald Reagan’s strategic defense initiative,” as it grants them a large-scale defense system that could intercept warheads.

Fisher said that overall, the threat of fifth-generation weapons systems is growing, and that Chinese military doctrine and developments are making a significant push in this direction.

With its proposed laser system, in particular, he said that in a war scenario with China, they could “take down all of our satellites that we’re using to target China, to communicate with our forces, to conduct optical or electronic surveillance. We could very quickly become blind and vulnerable to Chinese strikes; and if we did launch our own strikes, these lasers could shoot down incoming warheads.”

Fisher said this system would go far beyond the anti-ballistic missile system known as THAAD, or Terminal High Altitude Area Defense, that the United States is currently deploying in South Korea.