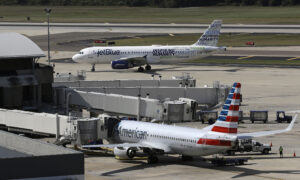 China Admits There Is No Plan B for Economy

Chinese Chairman Xi Jinping seldom comments directly on the economy. Instead, he lets his premier, Li Keqiang, do the talking. Or Xi speaks through one of the regime’s mouthpieces like People’s Daily or Xinhua.

On July 21—only one week after China published unexciting GDP figures—Xinhua came out with a commentary on how important reform is for China, making the point that there is no alternative to suffering short-term pain for the sake of long-term gain.

“China must push through reform, for there is no plan B,” the mouthpiece states.

The article is just a Xinhua commentary and didn’t cite an “authoritative person” like the People’s Daily usually does, but given the amount of control Xi personally exerts over the media, it probably had his blessing.

The downside risks are material, especially if Chinese authorities lose their grip on rebalancing the economy.
— From a Standard & Poor's report

The article espouses the reform narrative we have heard previously: market reform, sustainable growth model, innovation, consumer spending, supply-side structural reform, cutting red tape, and so on. So we can assume that Xi and his premier still stand behind the reform agenda.

“What is called for is not temporary fixes: My government has resisted the temptations of quantitative easing and competitive currency devaluation. Instead, we choose structural reform,” Xinhua quotes Premier Li.

The problem, as it is the case so many times with Chinese media and utterances from the Communist Party, is that the claims don’t reflect reality.

With respect to temporary fixes, China just created a record amount of credit in the first quarter, amounting to $712 billion in new loans. These loans did not go into the private sector as Li claims but, broadly speaking, boosted investment by state enterprises.

Chinese shipbuilders, for example, reported a surge in orders by volume of 44.7 percent from January to June this year compared to last year. Private investment, on the other hand, grew only 3.9 percent in the second quarter of 2016, whereas total investment rose 9.6 percent.

“State Owned Enterprises (SOE) continue to invest in the overcapacity industries, which suffer from slower growth in production,” writes the investment bank Natixis in a note.

EU Takes Action Against China at WTO Over Raw Materials

However, judging from the Xinhua piece and others before, the regime clearly recognizes the problems: “Problems facing China’s economy, including a troubled property sector, industrial overcapacity, rising debt levels, and the lack of new growth engines, are all connected with each other and piecemeal solutions no longer work. The only way to restore vitality to the economy is to push through reforms.” They aren’t happening.

Instead, central bank officials are calling for fiscal deficits of up to 5 percent to support the economy, and they admit traditional monetary stimulus is not working anymore.

“Despite loads of liquidity pumped into the market, enterprises would rather bank the money in current accounts in the absence of good investment options, which is in line with record low private investment data,” said Sheng Songcheng, head of statistics and analysis at the People’s Bank of China (PBOC), as reported by the South China Morning Post.

You can have a good old financial crisis without having the 1997–1998 Asian foreign debt issue.
— Willem Buiter, chief economist, Citigroup

Willem Buiter, the chief economist of Citigroup said in a previous interview with Epoch Times that China needs to recapitalize the banks and go through a round of central bank-financed deficits to clear up past excesses. He thinks China won’t avoid a financial crisis otherwise:

“Unless they are willing to go for Chinese helicopter money, fiscal stimulus targeted mainly at consumption not at investment. Yes, some capital expenditure like social housing, affordable housing, yes, even some infrastructure. But organization supporting infrastructure, not high-speed trains in Tibet. It has to be funded by the central government, the only entity with deep pockets, and it has to be monetized by the People’s Bank of China.”

Speaking about debt and a financial crisis, naturally, Xinhua has a differing view: “Most of China’s debts are domestic, and its debt levels are within control and lower than other major economies. A moderate deficit level (2.4 percent in 2015 and a target of 3 percent for 2016), large household savings, and massive foreign exchange reserves strengthen the country’s ability to endure risk.”

Forget about the fact that central bank officials are already calling for a 5 percent deficit, Standard & Poor’s just released a report warning about China’s dangerously high debt levels. “The downside risks are material, especially if Chinese authorities lose their grip on rebalancing the economy,” it states.

Foreign exchange reserves have decreased from $4 trillion in 2014 to $3.2 trillion now. Hedge fund managers like Kyle Bass of Hayman Capital think the crisis threshold is at around $2.5 trillion.

“They are so far ahead of the world’s excesses in prior crises, we are facing the largest macro imbalance in world history,” he told RealVisionTV.

Willem Buiter said the debate of external versus internal debt is largely meaningless: “You can have a good old financial crisis without having the 1997–1998 Asian foreign debt issue.”

Both Bass and Buiter see a further devaluation of the Chinese currency as highly likely. “The Chinese government wants a devaluation, they just want it on their terms. In the next two years, this is happening,” said Bass.

One thing Xinhua gets right: The days of double-digit growth are over. “To be sure, China’s economy cannot, and should not, repeat its past growth record. It may be on a bumpy journey, but will maintain a slower, but stable growth.” Which is the best the country can hope for.