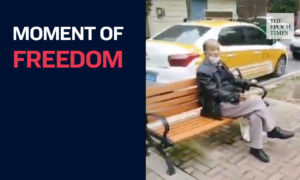 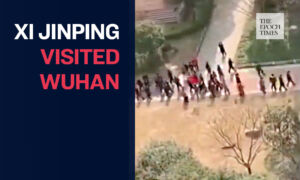 China Abusive Treatment at the Hands of Communist Authorities

Hi, my name is Tatiana Darzi and this is Epoch Times Exclusive. In this segment I would like to share some videos that have recently gone viral.

The reason I chose to share these videos with you is to spread the word of the injustices facing the people of China and as a lesson for the rest of the free world to witness firsthand what life is like, under Communism.

Ever since and even before the outbreak of the Coronavirus, Chinese citizens have had to endure abuse and neglect from those who are supposed to serve and protect them: the communist police and local authorities.

Men, women, and children. Young and old. Sick and healthy–no one is spared from the cruel treatment used by the authorities, to abuse and control anyone from an individual, a group of people, and even entire populations.

The following videos you’re about to see are related to the abuses by the Chinese communist regime against its own people.

Imagine getting insulted, smacked, punched, having your arms twisted behind your back and dragged off by a group of thugs. Now imagine if the police were doing this to you. Now imagine if all levels of government looked the other way and instead enforce and encourage this sort of treatment nationwide. Now imagine if no one reprimands the thuggish police and there’s no nationwide uproar. This is what’s become of China.

Ever since the outbreak of the coronavirus Chinese citizens have been physically abused by local police. Police have resorted to hitting, smacking, and detaining people for not wearing facemasks to prevent the spread of coronavirus.

Here’s a video compilation of footage filmed from inside China of the kind of treatment several people have received:

We all know once in a while we’ll come across reports of officers abusing their power, and it’s usually met with punishment toward the official. Oftentimes people protest against the abuse and it’s taken directly to the authorities in charge to prevent this from recurring. Basically, we have the freedom of speech, our right to protest, and show our displeasement if local authority doesn’t comply. We also vote our officials into office and we also have the power to remove them from office. This is not the case under communism. So far, we definitely have it much better here.

The following video shows a man who was about to walk out of his apartment in search of food when the local authorities showed up at his doorstep. He was given a facemask to wear and for an instant, it almost seems like that’s the end of that. Nope! You can see the authorities immediately place their hands on him and start dragging him away from his apartment. The man doesn’t even have time to turn off his TV nor lock the door to his apartment. Two simple requests that take a couple of seconds to complete. The man was outnumbered and even so, he wasn’t allowed this simple request.

What a shame! To not even be able to lock your door to secure your belongings. Can you imagine being treated like that?

This next video can be a little hard to watch because what I’m about to show you is a video of an entire city that’s locked down due to the coronavirus outbreak. The doors of buildings are welded shut in order to prevent anyone–sick or healthy from leaving the premises. You can hear men, women, and children screaming in desperation from the windows of their apartments. They have been locked in for weeks.

The only way to get food is by ordering online and having it delivered. However, there are residents without internet–especially the elderly who don’t even know how to use the internet, who are unable to order food. Many are dying due to neglect. Others are committing suicide by jumping out of their windows.

No medical treatment. No discrimination between the healthy and the sick. This is what the communist government has done to the citizens of Wuhan.

My fellow viewers, it’s important to witness and learn from the lessons from countries like China, in order to avoid these in our own nation.

As people living in the free world, we know there is abuse and unfairness in all levels of society, but there’s a huge difference in the way people are treated living in a Republic versus living under Communism.

As free people we must also speak out against these injustices in order to spread awareness and expose the evil deeds by the Chinese regime.

Thank you for joining me today in this Epoch Times Exclusive. Don’t forget to Like, Subscribe, but most of all Share this program with friends and family to inform them about this. See you next time!