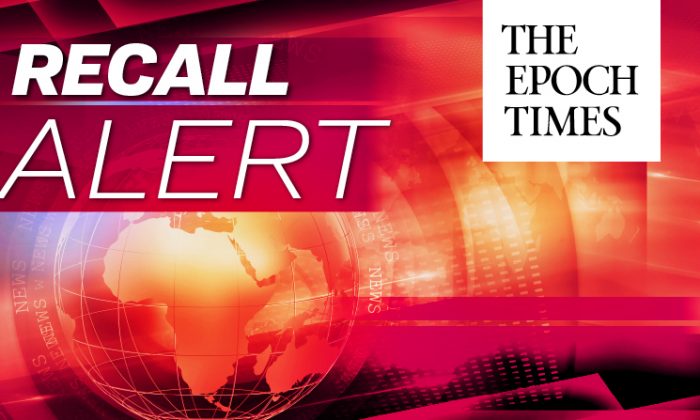 Children’s Rompers Recalled Due to a Choking Hazard

A firm has recalled children’s rompers due to a choking hazard, according to the U.S. Consumer Product Safety Commission.

About 3,800 Tea Collection rompers were sold in the United States as well as 140 in Canada.

“The snaps near the collar can detach, posing a choking hazard to young children,” the CPSC wrote, saying that the recall date is Feb. 13.

This recall involves two styles of children’s rompers sold in sizes from 0 to 3 months as well as 18 to 24 months.

The Vermillion rompers are red with white floral print, while the Fuchsia ones are maroon with a pink floral print.

The style number is on a tag sewn on the inside of the garments in the waist area.

Consumers who bought the items should immediately take the recalled rompers away from children, the CPSC said. They should then contact Tea Living for a full refund.

The Indonesia-made items were sold at Nordstrom, Von Maur, and other stores across the U.S between July 2017 through December 2017 for around $27.

Healthy Canada, a government agency, also wrote: “As of January 30, 2018, the company has received no reports of incidents or injuries in Canada and has received five consumer reports in the United States about the snap in the neck area coming loose. No injuries were reported.”