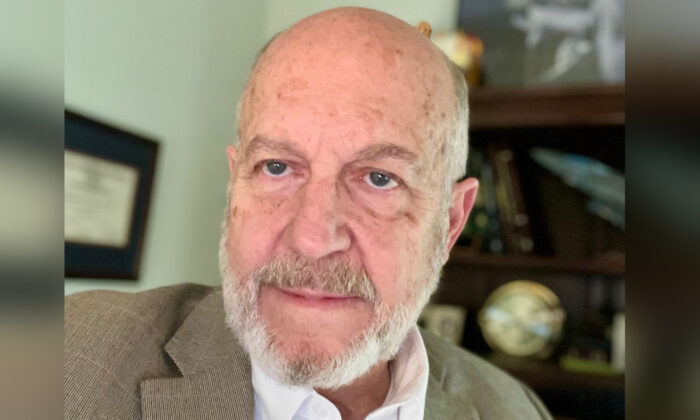 Amid a groundswell of debate over the rationality of minors receiving medical treatment to change their genders, one Alabama physician is speaking about the long-term effects of pharmaceutical and surgical alterations and how they can make a child “a life-long patient.”

Patrick Lappert, a plastic surgeon with Lappert Skin Care in Alabama, spoke in favor of state Senate Bill 184 in Senate and House committees. The bill makes it a felony for doctors to treat minors—defined in Alabama state law as any person under the age of 19—with pharmaceutical and surgical transgender procedures, and carries a sentence of up to 10 years in prison.

Gov. Kay Ivey signed the bill into law on April 8, stating that children should be protected from “radical, life-altering drugs and surgeries when they are at such a vulnerable stage in life.”

The legislation was criticized by President Joe Biden’s administration, which declared its support for children having access to these treatments to prevent them, according to the administration, from committing suicide.

White House press secretary Jen Psaki said that lawmakers “who are contemplating these discriminatory bills have been put on notice by the Department of Justice and the Department of Health and Human Services that laws and policies preventing care that health care professionals recommend for transgender minors may violate the Constitution and federal law.”

Lappert told The Epoch Times that proponents of gender transitioning will say that it’s wrong to not treat children with gender-affirming therapy because not treating them leads to suicide.

However, those proponents, Lappert said, are ignoring the fact that historically successful treatment of children experiencing gender dysphoria—the feeling that one’s own gender identity is not what was assigned at birth—has a 92 percent success rate if the child is followed into young adulthood.

‘The Booming Business of Gender Clinics’

It used to be that only 0.02 percent of all children had cross-sex self-identification, Lappert said, and of those few children, over 80 percent were boys.

In the past seven years, there has been a 5,000 percent increase in the diagnosis of gender dysphoria, and now, over 60 percent of new diagnoses are adolescent or young adult females, he said.

This is the success rate against which the new affirmation model should be judged, he said.

But currently, there is only one method of treatment allowed, Lappert said. It’s called affirmation care, and it’s provided through what Lappert described as “the booming business of gender clinics.”

“That’s another important point to make here,” he said. “Just 10 years ago, there were only five gender clinics in the whole United States. Now, it’s somewhere on the high side of 57.”

Affirmation care itself begins with social affirmation, which Lappert said seems to calm the anxieties of the child because it affirms that the child has correctly identified their gender.

Prepubescent children are offered hope that their anxiety will go away with the gender-affirming messages that involve changing their names, pronouns, and clothing.

“It appears to have solved the problem because the child feels better, but they also prepare the child to anticipate that when puberty comes, they’re going to be put on puberty blockers,” he said. “So when the child first starts manifesting signs of puberty, it’s going to provoke renewed anxiety.”

At that point, the child—and the parents—have been groomed to seek out puberty blockers, he said.

“That’s another important point to make here,” he said. “The parents are as much victims of this idea of this as the child is. The parents are victimized by this idea that there is only one course of treatment and it’s got to be affirmation.”

“What you’re doing is blocking normal hormonal signaling that manages virtually every developmental process in the growing child,” he said.

“All of these things are arrested, and the providers of the medication insist that the point of puberty blockade is to hit the pause button, giving the child time to develop emotionally so that they can participate in decision making,” he said. “That’s a self-evident lie because now you’ve blocked psychological development with the drug.”

From there, he said, nearly 100 percent of children who are prescribed puberty blockers then proceed to take cross-sex hormones at gender clinics, which Lappert said is because at that point the children are smaller, with immature mental development, contributing to a feeling of separation from their peers.

“So they’ll come to believe that they really are different, and they’ll demand cross-sex hormones because they want to mature, and this comes with its own consequences,” he said.

Lappert said it’s common to see problems with metabolic syndrome, diabetes, weight gain from the high dose of estrogen, aggressive rage disorders, and elevated risks of thrombotic events such as blood clots in the body that can dislodge and cause a thrombotic heart attack or stroke.

“To add to that, there are long-term risks to the young adult because you are essentially chemically castrating the child and making them a lifelong dependent on these high doses of hormones,” Lappert said.

This lifetime of high doses of hormones can lead to elevated blood pressure and cholesterol levels, obesity, and malignancy, he said.

Can This Be Reversed?

The likelihood that the effects of short-term puberty blockers are reversible depends on how short the term is, Lappert said.

The Self-Diagnosis of a Child

There is also the issue of the source of the diagnosis, he said, which is the child.

Because children don’t have high executive functioning, they aren’t allowed to do things like vote and buy alcohol, he said, yet they’re permitted in this case to be their own diagnostician in medical treatment that he said is irreversible.

“And by the way, it should be emphasized that neither the pediatrician, nor the pediatric endocrinologist, nor the plastic surgeon does anything to confirm or refute a diagnosis that was made by a child,” he said.

It’s the child’s word, he said, that drives the interventions.

“So, you have a child in the gender clinic from age 5, now 18, presented to a plastic surgeon to get her mastectomy done, a child who’s been on puberty blockers for two years, cross-sex hormones for four years, all based on the diagnosis of a child,” he said.

The diagnosis is not just based on the words of a child, but a child who is reportedly suffering from anxiety and suicidality, he said.

“As a plastic surgeon, I wouldn’t give a consent form to anyone who told me they were suicidal,” he said. “Why? Because, by definition, they are incompetent to give consent.”

Meanwhile, the parents are giving consent under duress because they’re being told the only course of treatment is to transition their children, he said, or there’s a 41 percent chance they’ll kill themselves.

“That’s not free will,” he said. “That’s not a valid consent process. I don’t care who you are. And yet, they’ll accept the diagnosis of a child confirmed by a social worker who is driving irreversible hormonal manipulation and surgery. Tell me that’s not malpractice.”

This is all driven, he said, by a propaganda campaign driven by politically active organizations pouring money and literature into schools through what he called “pull advertising,” which he said is similar to how pharmaceutical companies run commercials on television that market toward the patient, but not the doctor.

The patient sees the commercial, then asks his or her doctor about the medication.

“Well, basically the literature being given to schoolteachers, nurses, and social workers amounts to ideologically driven pull advertising,” he said. “Gender literature is essentially pull advertising for this industry, and there is a tremendous amount of funding from the pharmaceutical industry that goes down through universities.”

Two physicians from the Children’s Hospital of Alabama at the University of Alabama at Birmingham (UAB) are suing Gov. Ivey, arguing (pdf) that SB 184 violates “constitutional guarantees of equal protection and due process, impermissibly intruding into a parents’ fundamental right to obtain safe, effective, and medically necessary care for their children.”

Dr. Morissa Ladinsky, one of the plaintiffs, was quoted in a press release issued by the LGBT-advocate organization, the Human Rights Campaign.

“By signing SB 184, Governor Ivey has told kind, loving, and loyal Alabama families that they cannot stay here without denying their children the basic medical care they need,” Ladinisky said. “She has undermined the health and well-being of Alabama children and put doctors like me in the horrifying position of choosing between ignoring the medical needs of our patients or risking being sent to prison.”

Eric Johnston, an attorney with the Southeast Law Institute who helped write one of the versions of the bill, told The Epoch Times that UAB admitted in testimony to state committees that they were prescribing the pharmaceutical transgender treatments, but not the surgical procedures, and had not Ivey signed the bill, the surgery would have been the next step as it “became more acceptable.”

On Ivey’s signing of the bill, Johnston called it “common sense.”

“You just don’t operate on children to change their sex because they think they have this idea that they were born in the wrong body,” Johnston said. “They can make that decision when they are an adult.”

In response to accusations that the bill is discriminatory and hateful, Johnston said, “It’s not about hate.”

“It’s about love and compassion for small children,” he said.