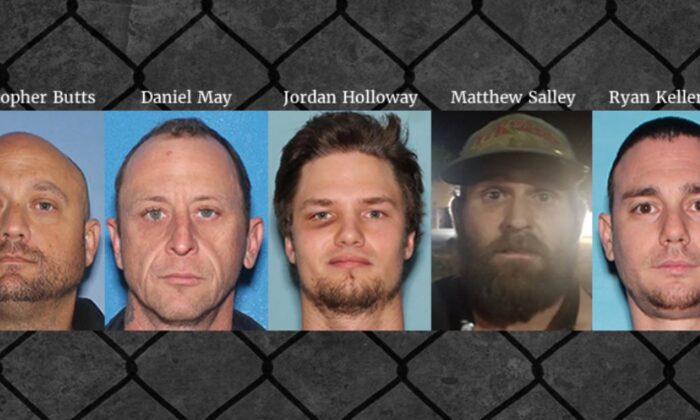 “HSI, working alongside our law enforcement partners, is deeply committed to pursuing alleged predators lurking within our communities seeking to harm and exploit our most vulnerable population,” Scott Brown, special agent in charge for Immigration and Customs Enforcement’s Homeland Security Investigations (HSI) in Phoenix, said in a statement.

“This multi-agency effort epitomizes our ongoing mission in Arizona and is a testament to the men and woman who [are] working these heinous cases.”

Officials said the arrests were the result of a monthslong operation to combat child sexual exploitation in Pinal County, Arizona, adding that a number of local, state, and federal agencies, including HSI, were involved. Arizona Department of Public Safety detectives led the joint effort.

Kellerman, May, Salley, and Holloway were charged with luring a minor for sexual exploitation, while Kellerman also faces the additional charge of furnishing harmful items to a minor. He’s also the subject of an investigation by the City of Maricopa Police Department.

“This is an ongoing investigation and additional arrests are pending. The defendants are presumed innocent unless and until proven guilty beyond a reasonable doubt in a court of law,” HSI officials wrote.