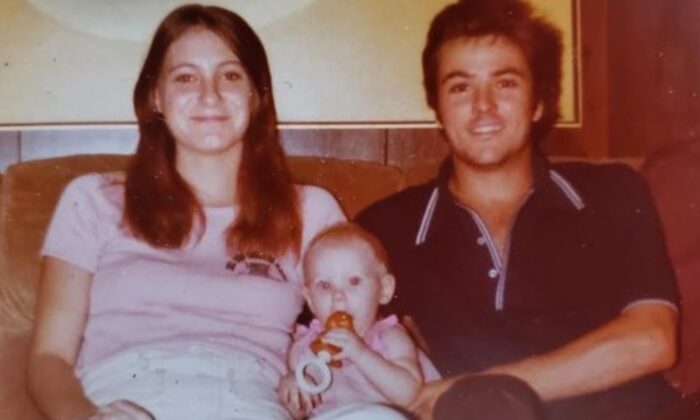 A 42-year-old woman who went missing as a baby decades ago when her parents were murdered in a wooded area in Houston has been found “alive and healthy,” according to officials.

The woman, named Holly, is the daughter of Tina Gail Linn Clouse and Harold Dean Clouse Jr., who were the victims of an unsolved apparent homicide in the 1980s. Holly wasn’t found when officials located the bodies of the newlywed couple in January 1981.

“Holly has been located alive and well and is now 42 years of age,” Ken Paxton, Texas’s attorney general, said in a statement. “Holly has been notified of the identities of her biological parents and has been in contact with her extended biological family and they hope to meet in person soon.”

“I am extremely proud of the exceptional work done by my office’s newly formed Cold Case and Missing Persons Unit,” he added. “My office diligently worked across state lines to uncover the mystery surrounding Holly’s disappearance.”

In 2021, the Clouses were positively identified by a California-based organization that performs genetic genealogy for law enforcement, Identifinders International said in a statement.

After the Linn and Clouse families learned that the two bodies found in 1981 were actually the newlywed couple, they again renewed efforts to continue searching for what had happened to Holly.

Donna Casasanta, Holly’s grandmother who always called her son “Junior,” said finding her granddaughter was “a birthday present from heaven, since we found her on Junior’s birthday.”

“I prayed for more than 40 years for answers and the Lord has revealed some of it … we have found Holly,” Casasanta said.

Cheryl Clouse, Holly’s aunt, said she was so excited to finally see Holly after all these years. It’s “such a blessing to be reassured that she is alright and has had a good life.”

Sherry Linn Green, another aunt of Holly, said she had a dream about Holly and her sister, Tina, one day before meeting her.

“In my dream, Tina was laying on the floor rolling around and laughing and playing with Holly like I saw them do many times before when they lived with me prior to moving to Texas,” Green said.

The Clouses, who married in June 1979, left their Volusia County, Florida, home along with then 1-year-old Holly to pursue a job offering in Texas. Several months later, the bodies of the young couple were discovered when a dog led searchers to their remains in the wooded area in Houston.

Harold Clouse had been beaten, bound, and gagged, while Tina Clouse had been strangled. Their identities remained a mystery until 2021. No one has ever been arrested for their deaths.

The investigation into the apparent homicide of Holly’s biological parents is continuing. Anyone who has information about their deaths can contact the Texas Attorney General’s Cold Case and Missing Persons Unit at coldcaseunit@oag.texas.gov.