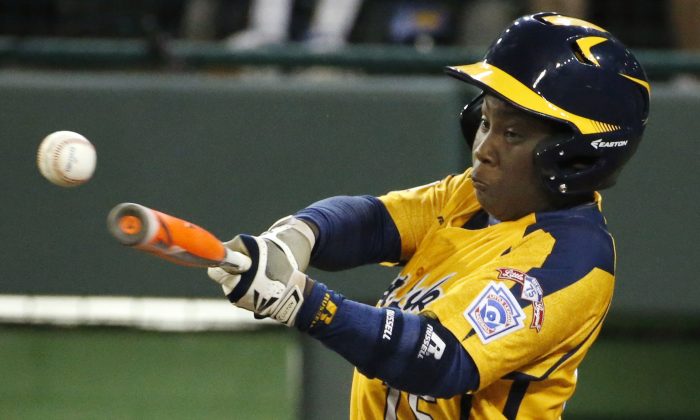 The teams–Jackie Robinson West of Chicago and Taney Youth Baseball Association of Philadelphia–are set to start playing at 7:30 p.m. EDT.

The winner of this game goes on to face the Mountain Ridge team out of Las Vegas in the U.S. Championship on Saturday afternoon.

Mountain Ridge is the only undefeated team left in the U.S. bracket. Jackie Robinson is 3-1 while Taney Youth is 2-1.

Tokyo Kitasuna won the tournament in 2012, and also won back in 2001. Musashi Fuchu of Japan won last year’s tournament over Chula Vista of California.

The United States last won the tournament when Huntington Beach of California took the title in 2011.

A team outside California, Hawaii, and Georgia in the U.S. hasn’t won the tournament since 2002.