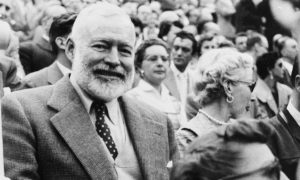 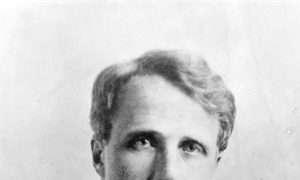 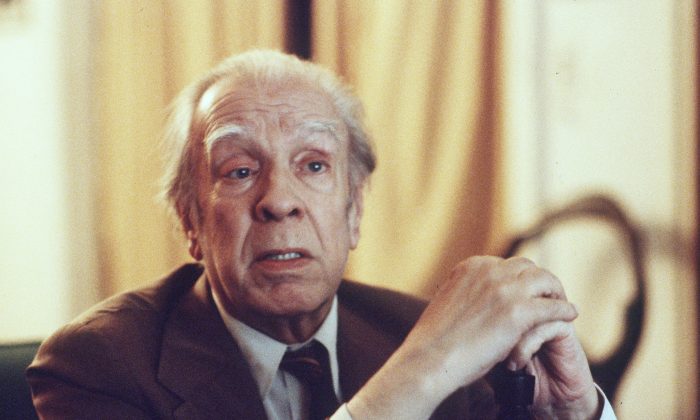 During a recent trip to Argentina, I was talking with an old friend, a successful psychiatrist, about Jorge Luis Borges, the famous Argentine writer. She told me about the only time she had met him: “I had gone to a lecture by Borges at a cultural center in Buenos Aires. I was a 14-year-old student planning to study literature at the university and become a writer, and Borges was a hero to me.

“I was enraptured by Borges’s strong personality. However, there was a big discrepancy between his physical appearance and the quality of his speech. I saw him as an old man who looked very tired—a sensation increased by the poor lighting in the place—but the magic of his words transported me to another world, the world of the imagination.

“After the lecture, I decided that I wouldn’t study literature, since I would never be able to write like him. On my way out, there were several books on sale. On an impulse, I bought a book called ‘Psychosomatic Medicine,’ by Eric Wittkower and Hector Warnes. I was so taken by it that after reading it, I decided to become a psychiatrist, a decision I never regretted. I can truly say that although I saw Borges only that one time, he dramatically changed my life.”

I can truly say that although I saw Borges only that one time, he dramatically changed my life.

Although in reading Borges, one may think he was a very serious person, he was actually a man who loved jokes and always had unexpected responses to everyday events. Mario Rojman, a friend I met in Buenos Aires, told me that Borges visited Peru when he was an attaché at the Argentine Embassy.

Because he loves poetry, both he and Borges would recite some of the writer’s poems aloud, each one a line at a time. They were having a lot of fun, said Rojman. During that visit, the king and queen of Spain decided to visit Peru. When Rojman told Borges the news, he replied with a mischievous smile, “I hope they won’t bother us. …”

His sense of irony never left him. María Esther Vazquez, who was his secretary and then his partner (in the book “The Other Borges” by Mario Paoletti), says that on one occasion, when he was with a group of ladies, as he walked to the bathroom, Borges said, “I am going to shake monsignor’s hand.”

When Borges returned from the bathroom, one of the ladies reproached him: “Georgie, you don’t shake hands with a monsignor. When you meet him, you have to kiss his ring.”

On another occasion, during an interview in Rome, an Italian journalist tried to embarrass him. As he failed to do so, he asked Borges, “Do you still have cannibals in your country?”

An Italian journalist trying to embarrass Borges asked, ‘Do you still have cannibals in your country?’ Borges replied, ‘No, we don’t. We ate them all. …’

I had the honor of meeting Borges personally. In 1970, I was doing biomedical research in Buenos Aires, on a fellowship from Tucumán, my hometown in the northern part of the country. For my wife and me, living in Buenos Aires was a far cry from the provincial kind of life we had been leading in Tucumán.

We didn’t have much money or personal contacts, which made our daily life difficult and dull. Life was also stressful due to the demands of working in a world-class research institute where the director, Dr. Luis F. Leloir, had received the Nobel Prize in Chemistry in 1970.

To make ends meet, my wife was working in jobs far below her professional capacity as a university graduate. At the time, she was also taking language and literature courses at the Instituto de Lenguas Vivas in Buenos Aires.

One of her professors was an American named Donald A. Yates, a professor emeritus of Spanish-American literature at Michigan State University (East Lansing). He is the translator of both novels and short stories by many Spanish-American authors, including “Labyrinths: Selected Stories and Other Writings” by Jorge Luis Borges.

One day, Yates invited both of us to join him and Borges for dinner at an upscale restaurant in Buenos Aires. For us, it was a wonderful change from our daily life. And Borges didn’t disappoint us. He was practically the only person who spoke the whole evening, always full of charm and knowledge.

Learning that my wife was of Basque descent from both sides of her family, he talked a lot about Basque history. He had come to dinner alone and was virtually blind. He ordered a pair of fried eggs, which were brought to him in a deep dish with a spoon. All evening he kept trying to catch the eggs with the spoon and only succeeded in pushing them to the side of the dish.

Although we felt bad about seeing this, Borges didn’t seem to mind at all and kept talking as if nothing unusual were happening. For a blind person used to living on past memories, perhaps the life of the imagination was for him more important than real life. And yet his life and work had a singular impact on the life of many.