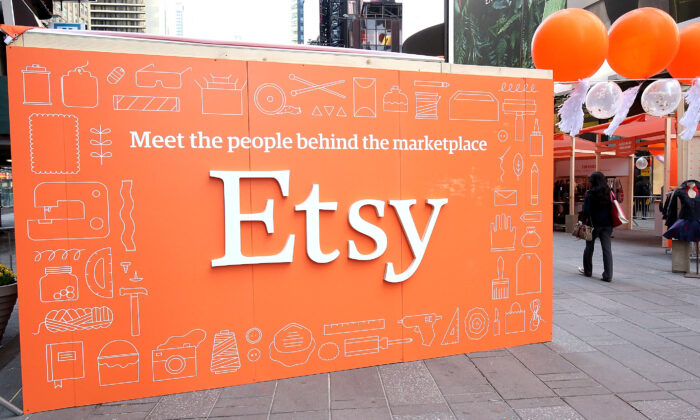 Chart Wars: Between Etsy and Pinterest, Which Stock Looks Set for the Larger Reversal?

Etsy, Inc. and Pinterest, Inc. were trading higher Friday by 14 percent and 2 percent, respectively, in line with the S&P 500, which was continuing to push higher in an attempt to erase some of the 12 percent loss the index has suffered since Jan. 4.

In their descent, Etsy and Pinterest settled into long-term falling channel patterns on their daily charts and on Friday the two stocks appear to have finally broken bullishly from the formation after developing signs a reversal was likely in the cards.

Etsy may have a better chance of bullish continuation, however, because its Feb. 24 earnings print brought in much higher-than-average volume, which indicates a large number of traders and investors are interested in the stock.

It should be noted, however, that events affecting the general markets, negative or positive reactions to earnings prints and news headlines can quickly invalidate patterns and breakouts. As the saying goes, “the trend is your friend until it isn’t” and any trader in a position should have a clear stop set in place and manage their risk versus reward.

On Thursday after the market close, Etsy reported earnings per share of $1.11, which beat the estimate of 79 cents, and revenue of $717.14 million compared to the consensus estimate of $685.45. The big earnings beat caused the stock to gap up over 14 percent higher than Thursday’s closing price.

On Feb. 3, Pinterest also reported an earnings beat, with earnings per share coming in at 42 cents, which beat the estimate of 32 cents, and revenue of $705.61 million, which beat the estimate of $645.58 million. Pinterest rallied about 10 percent the following day but was not able to break its downtrend and fell over 17 percent lower over the 13 trading days that followed.

On Friday, Etsy broke up bullishly from a falling channel pattern after printing a big bullish engulfing candlestick on Thursday that Benzinga called out. The stock had developed bullish divergence on the daily chart, which is sometimes found at the bottom of a downtrend and can indicate a reversal is on the way.

After gapping up due to a bullish reaction to its earnings print, Etsy ran into a group of sellers who caused the stock to trade down and fill the gap. Bullish traders will feel more confident going forward with the lower gap filled.

The move higher has caused Etsy to regain support at the eight-day and 21-day exponential moving averages (EMAs) and if the stock continues to hold above the 21-day EMA the eight-day will eventually cross above it, which will give bulls further confidence.

If Etsy closes the trading day near its opening price, the stock will print a hanging man candlestick, which could indicate lower prices will come on Monday. Bullish traders will want to see Etsy form a higher low above the $1.25 level, which would indicate an uptrend is forming. The higher low may also give bullish traders who are not already in a position a solid entry point.

Like Etsy, Pinterest broke up from a falling channel pattern on Friday after printing a bullish engulfing candlestick on Thursday and developing bullish divergence on the daily chart.

Pinterest has regained the eight-day EMA as support but is being pinned down by the 21-day. Bullish traders will want to see Pinterest regain the 21-day EMA soon in order to feel more confident going forward.

Pinterest will eventually need to print a higher low if the stock is going to reverse into an uptrend and bullish traders would prefer that Pinterest trades up higher first, so that when the higher low comes the stock doesn’t fall back into the channel.