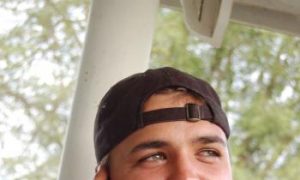 In New Zealand, a Bid to Ban Cell Phones on the Road
0 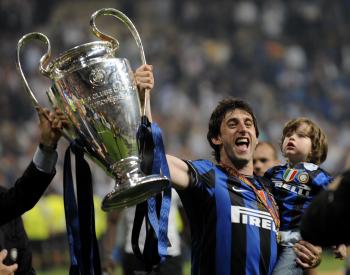 By James Poulter
Print
So what now for Mourinho?

And after that? Who knows—maybe Pope? One Inter fan certainly seemed to think so, their banner at the Bernabeu depicted one Saint Jose Mario dos Santos Mourinho Felix.

But in all seriousness, the extent of his achievements is extraordinary—only the third manager to raise the European Cup with two different clubs, and only the second to win it with clubs in different countries.

Who now would bet against him completing the feat with Real? And at such a young age, with almost unbroken success throughout his career—don’t forget, only 10 years ago he was carrying the clipboard for van Gaal at Barcelona.

Even before this famous victory, the Inter Milan president had called Mourinho one of the best coaches ever. Showing rare restraint, Mourinho suggested that he deserves to at least be in the group of greatest coaches.

So from whence does this great success derive? Mourinho is the player’s manager. He instills great belief in his players—they believe in themselves and they believe in him. Unity of purpose throughout the team, precise tactical awareness, and most important of all, the knowledge of what it means to win—a winning mindset.

For the first 35 minutes of this game, you wondered if Mourinho had made a tactical mistake. Perhaps he was human after all. Bayern winger Arjen Robben skipped past Inter defender Christian Chivu a couple of times on the right flank, even drawing the yellow card for the stand-in left back with Javier Zanetti having moved into midfield to cover for the suspended Thaigo Motta. Internazionale rarely threatened to score.

And then—the hammer blow. A long kick from goalkeeper Julio Cesar, a neat one-two between Diego Milito and Wesley Sneijder, a wonderful composed finish from the Argentine striker, and Bayern were chasing the game.

This is exactly where Mourinho wanted them to be, forced to push forward and vulnerable to Inter’s swift breaks on the counter attack.

Barring one or two minor scares, by 70 minutes it was all over. Samuel Eto’o received the ball in plenty of space, made a neat pass to Milito, and the undisputed man of the match displayed great individual skill to score Inter’s second goal and game clincher.

It is Inter Milan’s first European Title in 45 years, and follows a domestic double of Serie A and the Coppa Italia. Some questioned Mourinho’s wisdom in paying 25 million Euros for a player already the wrong side of 30.

Internazionale are now the only Italian club to have won the treble, and have finally stepped out from many years in the shade of their more illustrious city rivals AC Milan. Inter president Massimo Moratti is so enamored of his coach that it is rumored he has even asked Mourinho his advice as to who should succeed him.

In fairness, with Franck Ribery suspended, Bayern’s options in attack looked limited, and they were too reliant on Robben as the sole match-winner.

Conceding the first goal after so much possession also really took the life out of them. It is the masterminding of the victories over Chelsea and Barcelona in the knock out stages that really stand out in Inter’s successful Champion’s League campaign.

So sit back and look forward to watching the sparks fly. Barring a major upset, we shall soon being seeing how Cristiano Ronaldo, Kaka et al respond to the unique methods of the “special one.”