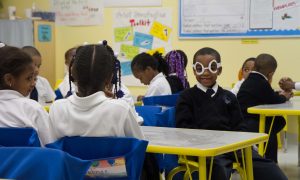 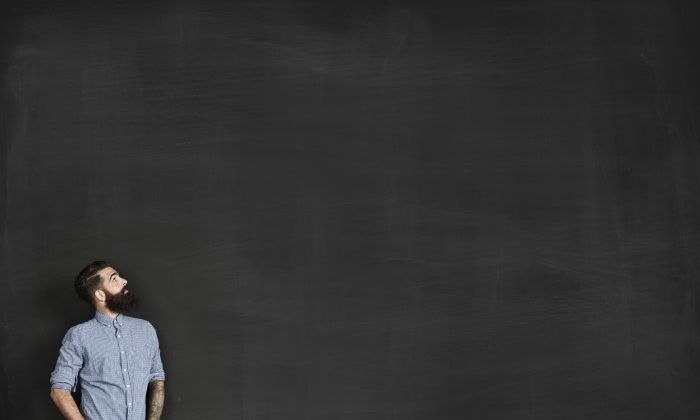 Workers renovating a high school in Oklahoma City were stunned to find chalkboards from the early 1900s behind the walls.

They feature lessons on math, reading, music, and handwriting. According to reports, there was a picture of a turkey as the markings were made right after Thanksgiving in 1917.

Written on one of the boards is a pledge that goes: “I give my head, my heart, and my life to my God, and one nation, indivisible, with justice for all.”

Math teacher Sherry Read told NPR she believes that the chalkboard drawings and lessons were left for a reason.

“You would have cleaned off your board so you could be ready the next day to come back and teach,” Read said. “So I think they left them on there on purpose to send a message to us, to say, ‘This is what was going on in our time.'”

“The time that teachers must have spent preparing for their lessons is amazing to me,” Kishore said after seeing all the details on the boards.

Her 85-year-old mother, a retired schoolteacher, also shed tears after seeing the boards.

“She just stood there and cried,” Kishore told The Oklahoman.

Kishore said the markings were “exactly like her classroom was when she was going to school.”

“It was almost like a spiritual moment because people who had lived and played and worked in here… a part of them is preserved,” Kishore added.

NPR has more on the finding, saying there was also a list of students’ names on the board.

Math teacher Sherry Read said, “We’re not sure if that meant they were good students for the day, or they accomplished that. Or were their names up there because they were bad for the day?”

The pictures on the board were described as fragile: A simple brush with an arm can wipe them away.

Jeff Briley of the Oklahoma Historical Society told the news outlet that the rooms need to be secured by placing an acrylic glass over the chalkboards. He added that they’re too fragile to move.

“They’re meant to be fleeting,” he told NPR. “Chalk on a blackboard is not meant as a permanent media at all.”