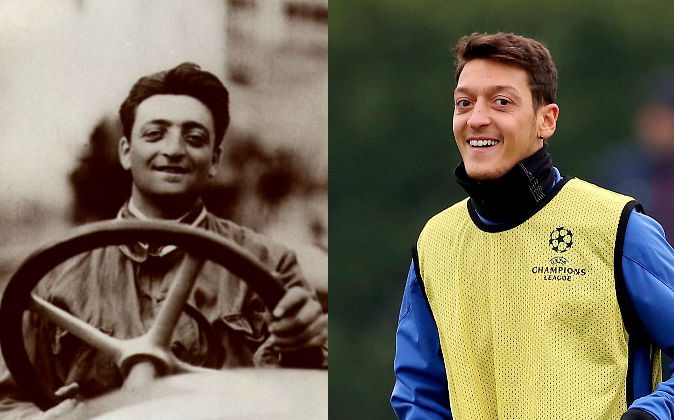 Left: Paul Mounet (1847-1922), was a medical doctor and actor in France, who earned acclaim for his role in a production of Shakespeare’s “Hamlet.”  Right: Keanu Reeves on March 1, 2014; maybe Reeves had a hand up from a previous life when he starred in “Hamlet’?

We’ve saved the best for last: