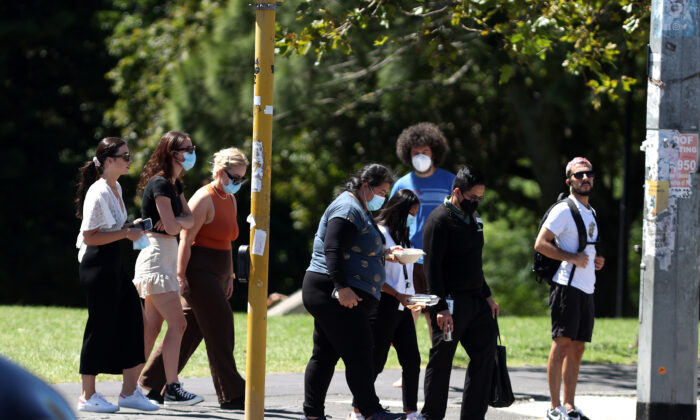 The U.S. Centers for Disease Control and Prevention (CDC) is warning Americans against traveling to New Zealand, which has failed in its attempts to eradicate COVID-19.

The CDC on March 7 added Hong Kong, Thailand, and New Zealand to the highest-risk category. Americans are told to “avoid travel” to such destinations.

If people must travel to one of the countries labeled “very high” risk, they should make sure they’re not only vaccinated, but up to date with their COVID-19 vaccines before traveling.

That means that people should have received a booster dose if eligible, to combat the waning effectiveness of vaccines.

Brunei, Bhutan, Malaysia, and Vietnam are among the other countries in the highest-risk category.

New Zealand was once heralded by many experts for its approach to the COVID-19 pandemic, which included strict isolation of even small numbers of COVID-19 cases, a widespread vaccination push, and the goal of eradicating the disease, which is caused by the CCP (Chinese Communist Party) virus.

That approach worked to keep cases down until the winter of 2021 when case counts began soaring.

New Zealand recorded just 464 cases on Feb. 11 but the numbers spiked after that, reaching nearly 24,000 on Tuesday.

Many people have contracted the illness despite being vaccinated, though authorities don’t disclose the exact figures.

Approximately 60 percent of the COVID-19 patients who were hospitalized in the country have been vaccinated, including some 254 who received a booster, according to the New Zealand Ministry of Health.

Omicron is a variant of the CCP virus that is better able to evade protection from vaccines. It became dominant around the world in late 2021.

The U.S. agency also shifted six countries—Anguilla, Cape Verde, Fiji, Mexico, the Philippines, and the United Arab Emirates—from the top risk category, moving them to the high-risk group. Nine destinations, all in Africa, were moved from the high risk to the moderate risk category, and eight countries, also all in Africa, were shifted from the moderate risk group to the low risk.