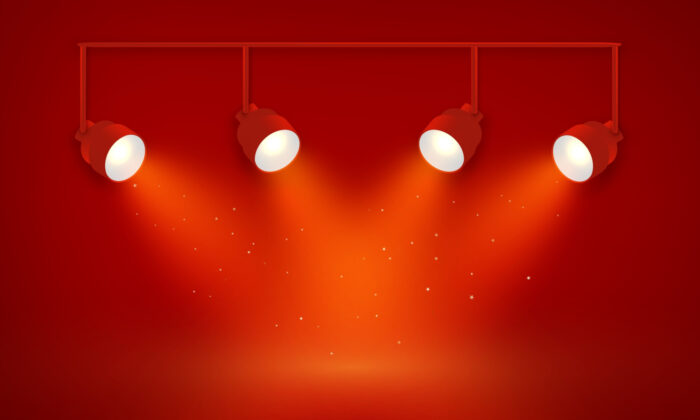 There is no remorse at the CDC. Far from it. The model of virus control deployed over the last 27 months is now part of normal operations. It wants it institutionalized.

The bureaucracy has now codified this into a new online tool that instructs cities and states precisely of what they are supposed to do given a certain level of community spread. The new tool doesn’t say lockdowns as such but the entire model of containment via masks and distancing is baked in, and it can be easily expanded at will.

To understand how absurd this is, consider that as of this writing, major parts of Southern Florida are supposed to be masked up, according to the map provided by the CDC, because COVID testing reveals high community spread.

Hardly anyone in Florida has worn a mask since 2020. The very notion is a joke there. However, what happens to the other states and what happens when or if political control of Florida changes to a pro-lockdown party?

Under the orange label (high), the following pertains:

Some standout points here. Masks have nowhere controlled the spread of COVID. We know this from countless examples all over the world. They have been a spectacular failure except as signals to others to feel a sense of alarm at the presence of disease. Neither have vaccinations achieved the stopping or even slowing of infection or spread. Note the new language too: “Stay up to date.” Vaccinations are headed toward the WEF ideal of subscription plans.

As for “additional precautions” we know what that means: lockdowns. Even now, the suggestions are to

We’ve seen this movie before. It’s a recipe for full government control of life.

In addition, this new tool can easily move to a next iteration by the addition of a red color: it could mean shelter in place, close the schools, don’t go to church, don’t see friends, and so on. I’ll say it again, there is no remorse, no regret, no rethinking at all. No admission of error. On the contrary, it is all part of the plan to do it over again.

In fact, a different version of the chart above, updated as of this posting, already has a code red, and it pertains to the entire country (one version measures “levels” and the other measures “transmission”).

Now, you might say that these are just recommendations, and the CDC makes such goofy recommendations all the time (cook your beef well done). The trouble is that it puts the burden to reject the recommendations on politicians at the state and local level. For that matter, there is nothing really in place that would stop a public health department anywhere in the country from implementing them on their own.

Anyone objecting is immediately on the back foot, attempting to justify the refusal to obey the CDC and thereby opening themselves up to the accusation that they are killing grandma and so on.

It truly boggles the mind that the CDC has rethought nothing given the carnage we face in the country today. They talk about “the data” and the science but pay attention to almost none of it. They forever fall back on their new doctrines and, mostly, their power.

This is about much more than lockdowns. It’s about life itself, particularly as it affects economics.

A new poll from the Wall Street Journal reveals that the percent of Americans who think the economy is poor or not so good is an incredible 83 percent. Maybe that doesn’t surprise you and gives rise to the question of what demographic constitutes the 17 percent who think things are just fine. Maybe employees at the NIH, CDC, DHS, Pfizer, and Moderna?

Ok, I take it back: too cynical. The truth is that economic prospects now are just awful. And it’s not just inflation. It’s class mobility, demoralization, goods availability, and a general sense that hope in the future isn’t what it used to be just a few years ago. That will surely have a big effect on November’s midterm elections. The winning candidates will make elaborate promises to fix the problems but how many among them will be openly critical of COVID mandates? Not many.

This matters because the connection is direct. My personal frustration is that massive failure on the part of the media, intellectuals, and average people to make the connection between the hell of the last 27 months—in the name of disease control—and these economic, cultural, educational, and social outcomes.

For some odd reason I cannot fathom, there is a general impression out there that economic life exists in some insulated machine that is somehow detached from life experience. Therefore it can be turned on and off. We turned it back on, so why aren’t things going back to normal?

Well, most all the suffering people are experiencing today traces to catastrophic policy pushed by the CDC with White House deference, thereby prompting the entire public-health machinery around the country to swing into action, closing schools, businesses, churches, and giving Congress an excuse to spending some $6T (at least) through debt finance that was quickly added to the Fed’s balance sheet via money printing. The closures interrupted supply chains and shattered economic and social functioning. The fallout is what we see all around us.

We’ve just experienced years in which it was demonstrated to the United States and the entire world how pandemic control can be deployed to utterly crush rights, freedoms, constitutional limits on states, and even everything we call civilization itself.

What the CDC pushed on the country, even the world, was without precedent. The resulting disasters are everywhere present. At minimum we should expect the CDC to cease and desist, and certainly not entrench and codify. That the latter is taking place reveals what a long struggle lies ahead.