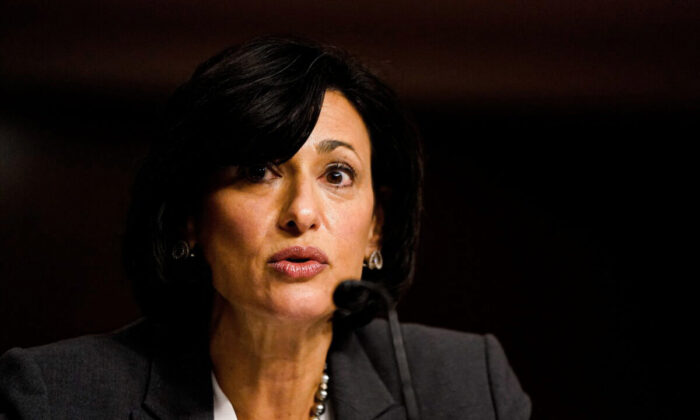 A top U.S. agency is under fire for withholding some of the COVID-19 data it collects.

The Centers for Disease Control and Prevention (CDC) confirmed to The Epoch Times that it hasn’t published some of the data it has collected on COVID-19 reinfections.

The spokesperson said the agency dropped plans for publishing a paper based on the data “given other response priorities” and because part of the same data was already presented in a published manuscript. An agency representative told The New York Times that it has also withheld other information, including details on how COVID-19 vaccine booster doses have affected young people.

The data hasn’t been released or has been released slowly because it takes time to make sure that “it’s accurate and actionable,” the representative said, noting that there are fears that the information might be misinterpreted.

Multiple experts say the CDC should make all data available.

Dr. Robert Malone, who helped create the messenger RNA technology used in some of the vaccines, said the CDC’s actions are a type of fraud.

The agency should “help Americans understand the data in context and provide guidance to improve the lives of all Americans,” he wrote on Twitter.

Paul Mango, a former official at the Department of Health and Human Services, said the CDC’s role should be collecting and disseminating data, not analyzing it itself.

“The CDC just doesn’t have the capacity to conduct research as quickly as the pandemic is moving,” Mango told The Epoch Times.

As one example, the Cleveland Clinic has been publishing papers since mid-2021 on the natural immunity that many of its employees enjoy after recovering from COVID-19. The CDC didn’t publish a major study on the subject until January.

“I don’t think there’s anything more powerful than having 1,000 different people look at the data—scientists, researcher, epidemiologists—and all interpret it. I hope they would interpret some of it differently, to tell you the truth. I think that would stimulate the right debate over things,” Mango said.

Mango, whose book on his time with Operation Warp Speed will be published soon, said the federal government would have done things differently if the role of natural immunity was better known in the wake of the COVID-19 vaccines being authorized. Instead, the government led efforts that resulted in many people who had the immunity getting some of the early doses, ahead of people who were more at risk.

The CDC has been collecting data on so-called breakthrough infections—COVID-19 cases among the vaccinated—a spokesperson told the NY Times, but the agency hasn’t published the figures because people may interpret them as the vaccines not performing effectively—the same reason given by Scottish health officials recently in halting the publication of some data.

“We have been begging for that sort of granularity of data for two years,” she told the NY Times, noting that an analysis of the data “builds public trust, and it paints a much clearer picture of what’s actually going on.”

The numbers were reported by 46 U.S. states and territories but were described as a likely undercount because the reporting system is passive and doesn’t require reporting, in addition to the jurisdictions that didn’t report any data.

Breakthrough infections and reinfections are important to check because they’re barometers of how strong immunity is against the CCP (Chinese Communist Party) virus, which causes COVID-19.

A CDC spokesperson told The Epoch Times that it’s holding unpublished data on reinfections that it received from the Emerging Infections Network, a group made up of roughly 3,000 medical professionals.

The agency dropped plans for publishing a paper based on the data “given other response priorities” and because a part of the same data was already presented in a manuscript published in late 2021, the spokesperson said.

The CDC didn’t provide a response to the criticism by press time, but some experts say the agency is working under constraints and has already published a lot of data.

“The fact is that the CDC website and publications have extensive information, and many of the limitations reflect the reality of working in the U.S. health care and public health systems,” Dr. Tom Frieden, a former CDC director who’s now president and CEO of Resolve to Save Lives, told The Epoch Times in an email.

The health care systems in the United States are “largely non-standardized as a result of policy choices made in Washington, and the reality in the U.S. is that much of health policy and implementation is based on state policies,” according to Frieden.

Dr. Roger Klein, a health policy expert who has advised the CDC and other federal health agencies, said transparency is a good idea, but information conveyed by agencies needs to be accurate and put into proper context.

“You wouldn’t publish a paper, for example, if somebody submits a paper with data and you don’t think it’s reliable,” Klein told The Epoch Times.

Holding back incomplete datasets is appropriate, according to Peter Pitts, a former Food and Drug Administration associate commissioner.

“Science isn’t useful when you don’t have the whole picture,” Pitts told The Epoch Times via email.

However, many experts say the CDC has committed missteps during the pandemic.

A widely-cited example is CDC officials and other federal officials saying early on that masks shouldn’t be worn and weren’t able to prevent transmission of the CCP virus. The CDC has since advised all Americans aged 2 and older to don them, but that recommendation relies on studies criticized as shallow or incomplete. In one recent case, the agency published a study that relied on self-reporting and found no statistically significant benefit for wearing cloth masks, but still promoted the report as backing mask usage.

“There weren’t data to support certain recommendations and rather than saying, ‘look, we don’t have data to support this, but in our expert opinion, we feel that it’s the best course right now,’ they went ahead and presented ideas which were basically hypotheses as if they were based on empirical knowledge, based on having really strong underlying data, and those data weren’t there,” Klein said.

Estimates of risks and benefits from COVID-19 and vaccines are misleading, in part because of how the CDC has told medical examiners to list COVID-19 on death certificates, even if it’s not a confirmed cause of death and even if patients aren’t confirmed to have had the disease, according to Malone. That led to some deaths by car accidents and poisonings being classified as COVID-19 deaths.

A CDC spokesperson said in an email that certifiers “should not list COVID-19 unless it was the cause of or contributed significantly to death” and that an analysis of certificates found that COVID-19 was the underlying cause, meaning that the disease initiated the causal pathway leading to death, in 91 percent of cases where certificates mention COVID-19.

Pitts, now president of the Center for Medicine in the Public Interest, said the CDC has inconsistently reported data. For instance, the CDC just recently reported metrics for people aged 18 to 49 who received a vaccine booster dose, but still haven’t released more detailed information on booster doses in young people. The agency recommends all Americans aged 12 and older get a booster regardless of prior infection or health status, advice that has drawn pushback.

Mango believes that the CDC should move to release the data while emphasizing which numbers agency experts feel comfortable with and which numbers they don’t.

“I understand the concern about, they don’t want people to ‘misinterpret it.’ But show them how you got the data, then they can determine whether or not they think those data have high integrity or not,” he said.