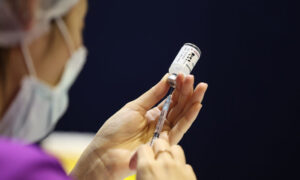 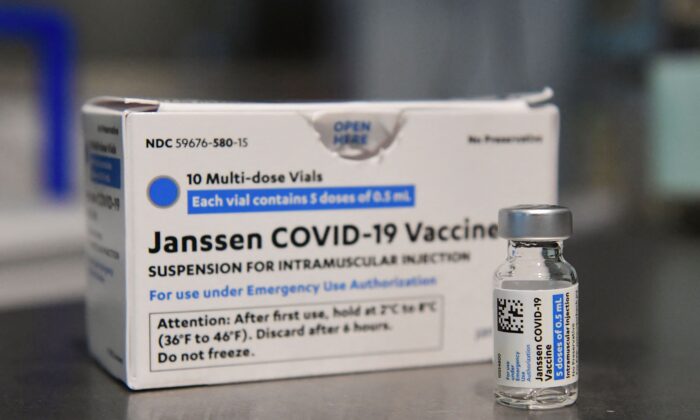 Johnson & Johnson COVID-19 vaccines are seen on a table in Los Angeles, Calif., on May 7, 2021. (Frederic J. Brown/AFP via Getty Images)
Vaccines & Safety

A Centers for Disease Control and Prevention (CDC) advisory committee is set to meet Thursday to go over data regarding cases of a rare syndrome in people who have received a COVID-19 vaccine.

The Advisory Committee on Immunization Practices, a panel made up of medical and public health experts who make recommendations on vaccinations, will hear from officials on the occurrence of Guillain-Barré syndrome in Americans who have received Johnson & Johnson’s COVID-19 jab, according to a draft agenda.

Nair will go over data from the Vaccine Adverse Event Reporting System, which anyone can submit reports of adverse events to and which is used by federal officials to detect such post-vaccination events. Klein will discuss data from the Vaccine Safety Datalink, which utilizes information from nine healthcare groups, including Kaiser Permanente. Lee will present data from the subgroup she chairs.

After a public comment discussion, Dr. Hannah Rosenblum, a CDC official, will discuss the benefit versus risk of getting the Johnson & Johnson jab.

Guillain-Barré syndrome (CBS) is a rare neurological disorder. Afflicted persons have their immune systems mistakenly attack part of their nervous system. The results can include muscle weakness and, in some cases, paralysis. Most people who contract the syndrome can fully recover.

Over 900 reports of the disorder appearing in people who received COVID-19 jabs have been reported to the Vaccine Adverse Event Reporting System, according to an Epoch Times review of the data on July 21. Seven of those cases resulted in death, while another 134 caused permanent disability, according to the reports.

The Food and Drug Administration last week said that “available evidence suggests an association between the Janssen vaccine and increased risk of GBS,” though the evidence did not establish a causal relationship. Janssen is a subsidiary of Johnson & Johnson; no similar signal has been linked with the Moderna or Pfizer shots.

A spokesperson for the CDC told The Epoch Times that the agency is monitoring reports of GBS.

Most cases in America have been seen about two weeks after vaccination in men 50 years and older.

Still, the administration added a warning about GBS to a fact sheet for people receiving and administering the vaccine.

The July 22 meeting will be another in a series of reviews of safety data as the number of adverse events linked to COVID-19 vaccines rises. COVID-19 is the disease caused by the CCP (Chinese Communist Party) virus.

Officials met last month to go over data pertaining to post-vaccination cases of heart inflammation, finding that the cases were well above the expected rate in young males. The CDC’s advisory did not adjust its recommendations on vaccination for youth, though the FDA added a warning about the risk of developing the inflammation after getting either the Moderna or Pfizer shot.

Most of the cases have appeared after the second shot in a two-dose regimen.

Johnson & Johnson’s vaccine was linked previously with rare blood clots and low blood platelet levels, triggering a near-nationwide halt on use of the immunization. But the CDC’s advisory panel recommended in a 10-4 vote lifting the pause in the use after reviewing data. On the agency’s website, it says that recent reports “indicate a plausible causal relationship” between the blood clot condition and the vaccine.