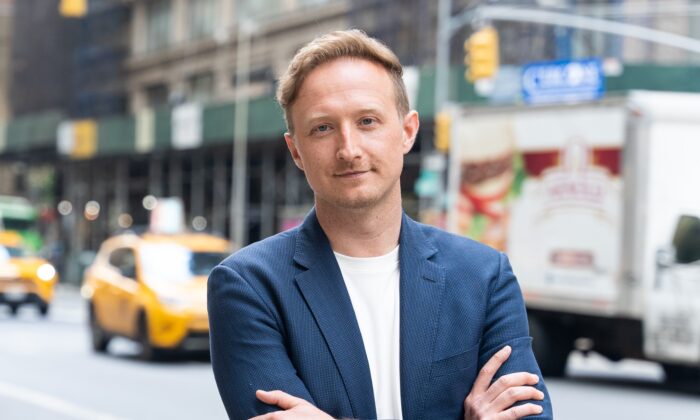 Jan Jekielek
Senior Editor
Jan Jekielek is a senior editor with The Epoch Times and host of the show, "American Thought Leaders." Jan’s career has spanned academia, media, and international human rights work. In 2009 he joined The Epoch Times full time and has served in a variety of roles, including as website chief editor. He is the producer of the award-winning Holocaust documentary film "Finding Manny."
View profile
Follow
and David Zhang

“It’s essentially a bully tactic of repressing people until they no longer dare to stand up anymore,” he said.

The film won the Audience Award at HotDocs and garnered other wins at film festivals in Europe.

The Canadian documentary uses a combination of animation and in-person interviews to reconstruct an incident where the Chinese communist regime’s TV broadcast in the northeastern city of Changchun was intercepted by a group of Falun Gong adherents 20 years ago. The film derives its name from the city, which literally means “eternal spring.”

Falun Gong, also known as Falun Dafa, is a spiritual practice composed of meditative exercises and a set of moral teachings based on the principles of truth, compassion, and forbearance. It grew in popularity during the 1990s leading to up to 100 million people practicing in China by the end of the decade. Perceiving this to be a threat, the Chinese regime in 1999 launched a nationwide campaign seeking to eradicate the practice.

Since then, millions of adherents have been detained in prisons, labor camps, and detention centers across the country, where they are subjected to torture, slave labor, and forced organ harvesting.

On top of this, the Chinese regime deployed an expansive propaganda campaign, disseminated through its state-media outlets, to spread disinformation maligning the practice and its adherents.

“Propaganda doesn’t need to be irrefutable. It just needs to muddy the waters enough that you can’t determine exactly what’s going on,” Loftus said.

The director pointed to a critical point in the state-directed misinformation campaign against Falun Gong, where the regime claimed the group was responsible for people who set themselves on fire in Tiananmen Square in 2001. Investigations later found that the incident was a false flag event intended to manipulate public opinion against the practice.

“This was a key event that turned the public against Falun Gong. Narrative is so important in justifying abuses and atrocities,” Loftus said.

In the face of the regime’s rampant smear campaign, on March 5, 2002, a group of 18 Falun Gong practitioners risked their lives to tap into the broadcast system of CCTV, China’s state-run broadcaster, in Changchun to air programs countering the propaganda and exposing the persecution.

“It was unprecedented in Chinese history for any group to have any intervention in the monopoly of control of media and television inside China. And so this sent a shockwave through the Chinese authorities,” Loftus said.

As a result, the then-Chinese leader Jiang Zemin, personally called Changchun authorities that night, demanding repercussions with “no mercy” for those who were involved, according to the director.

Within days of the broadcast hijacking, more than 5,000 Falun Gong practitioners in the city and nearby areas were arrested in a massive sweep by authorities.

According to Loftus, for the group that carried out the hijacking, most of them were subsequently arrested, tortured, and killed by the regime.

The documentary’s lead animation artist Daxiong, a comic-book illustrator known for his work on graphic novels including under the “Justice League” and “Star Wars” franchises, and himself a Falun Gong adherent, fled his hometown of Changchun in the midst of the police raids that followed this unprecedented television signal takeover.

He was eventually arrested in 2008 because his art offended the Chinese Communist Party, and subsequently exiled to New York City.

Daxiong recalled the time when he was working for a Chinese state media outlet. His boss told him to act as the communist party’s mouthpiece, to share the worries of the Party rather than echo the thoughts of the people.

“We were living in a song and dance illusion, brainwashing people. At the time, I felt that I was betraying my conscience, betraying my soul,” he recently told Epoch TV’s ‘China Insider” program.

Daxiong serves as the documentary’s protagonist, with the film following his personal journey trying to reconstruct the hijacking and its aftermath.

The artist said that the bravery of his fellow practitioners in China inspired him to speak up.

“At the time, all Falun Gong practitioners did this kind of thing. They wanted to protect people who have been poisoned and deceived by lies, so that gave them the courage to come forward,” he said.

“They did a remarkable thing. And that created a kind of admiration, and I felt that I should fulfill their aspirations and … continue to do this work,” he added.

Loftus shared the same thought, saying “the people who witnessed this broadcast, they can never watch the state-run propaganda the same way. And they may be less likely to participate or go along with the campaign, even if they don’t have the same courage to speak out overtly against it.”

“So that can have a massive impact in the overall human rights situation with Falun Gong and with others,” the director added.

According to Daxiong, Chinese people need to break the silence and expose the lies of the CCP.

“If Chinese people had this courage … then there wouldn’t be the human rights abuses we’re seeing today,” he said.