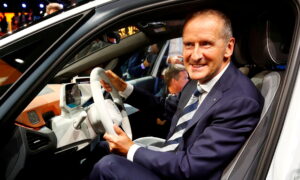 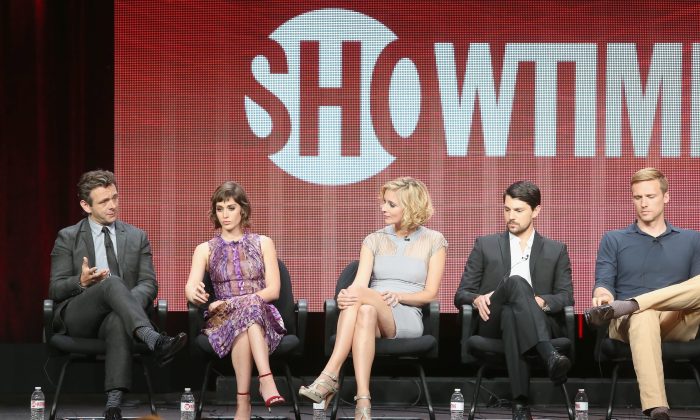 Celebrities speak at the CBS, Showtime and The CW portion of the 2013 Summer Television Critics Association on July 30, 2013 in Beverly Hills, California. Time Warner Cable has threatened to cut popular CBS content from its network as CBS wants more money for transmission rights. A careful look at each companies numbers shows that neither has to remain firm in its position.
Business & Economy

CBS vs. Time Warner: What is the Fuss About?

While nobody outside of TWC and CBS knows the exact figures, a careful look at the company’s quarterly report shows that the amount pales before each company’s revenues. But CBS has more to lose, and it says so in its own reports.

After negotiating day and night on Monday, TWC decided to extend the deadline before it takes CBS off-air until Friday, August 2, 2013. According to TWC, CBS had asked for a 600 percent raise in so-called retransmission fees, money cable providers pay networks to supply their content to cable customers.

CBS have denied these figures and the New York Times cites an insider who said CBS was demanding 20 to 25 percent.

If there is no resolution, TWC customers might soon have to live without shows like “Big Brother,” “Homeland” and “Under the Dome,” which are very popular over the summer. Later, they’ll have to give up watching N.F.L., which CBS covers exclusively. TWC said the demands were too high and it would have to pass on the increase to cable customers.

After a while TWC might lose cable customers who can’t live without football but for the moment CBS is at risk of losing its fastest growing revenue segment, if TWC just drops it from its cable network and stops paying. So who is right?

Revenue from retransmission fees went up 62 percent year-over-year in the first quarter of 2013, according to CBS’ earnings release from May 1, 2013. This trumps overall revenue growth of 6 percent by 10 times and lends credence to TWC’s claim that demands have indeed been “outrageous.” There is more supporting evidence that TWC might be right in claiming CBS is asking too much.

During the first quarter which spans January to March 2013, CBS did not announce any retransmission agreements with new network providers. It did, however, announce new terms for retransmission rights and other content sharing with Charter Communications on January 29, 2013. Absent any new deals, the 62 percent increase in revenue must therefore have come from price increases alone and it is much higher than the purported 20-25 percent.

For the second quarter results released July 31, CBS did not mention specific numbers for retransmission fees, probably because of the ongoing negotiations with TWC.

In its annual report, CBS states it is aware of the risks of losing a customer: “The non-renewal or termination of retransmission agreements with [cable providers] or continued distribution on less favorable terms, could also adversely affect the Company’s revenues and its ability to distribute its network programming to a nationwide audience and affect the Company’s ability to sell advertising, which could have a material adverse effect on the Company’s results of operations.”

CBS could probably live without one carrier but has to ask itself whether the whole game of brinkmanship is worth it, as the fees only represent a fraction of revenue. Previously networks were happy if cable companies carried their content for free and CBS is probably trying to catch up.

Yes, the segment is growing fast, but still constitutes only a small dollar amount. On the other hand, TWC, which reported a slight increase in revenue and earnings August 1, 2013, turned over $ 21.4 billion in 2012 and could easily afford to pay up for premium content—without having to raise rates for its customers.