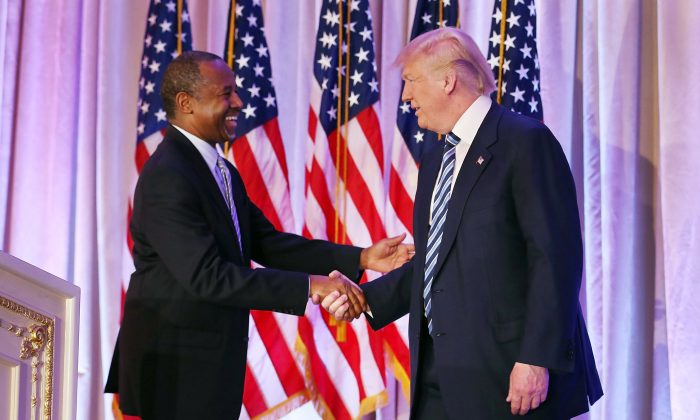 It’s still unclear what Ben Carson thinks of Donald Trump. First, the retired neurosurgeon endorsed him, and only days later he suggested that Trump might not be a good president.

On March 11, Carson and Trump held a press conference, and Carson endorsed Trump saying that the two of them had “buried the hatchet.” In his endorsement, Carson said that he knew “two Donald Trumps,” and praised the frontrunner for being “cerebral.”

We’re only looking at four years as opposed to multiple generations and perhaps the loss of the American dream forever.
— Ben Carson

However, talking to Newsmax’s Steve Malzberg, Carson changed the tone of his endorsement from upbeat to resignation.

“Even if Donald Trump turns out not to be such a great president, which I don’t think is the case, I think he’s going to surround himself with really good people, but even if he didn’t, we’re only looking at four years as opposed to multiple generations and perhaps the loss of the American dream forever.”

Carson also said that he didn’t initially want to endorse Trump, but that Trump promised him a position in the government. When pressed on details, Carson said that it was still “very liquid.”

All of this is still very liquid.
— Ben Carson

“We haven’t hammered out all the details. I’m not going to reveal any details about it right now because all of this is still very liquid.”

The former Republican nominee did say that he was going to be “doing things” in an advisory position. At the press conference Trump mentioned that Carson was going to be helping with education.