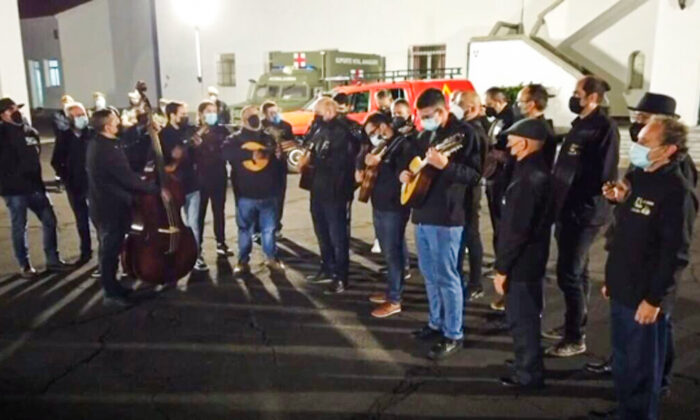 A video photo showing a sceen of group playing, during the carol tribute event for La Palma volcano workers, in the Canary Islands, Spain. (AP/Screenshot via The Epoch Times)
Science News

The Christmas spirit could be about to settle on the volcano on the Canary Islands that started erupting in September.

It’s been quiet for the past 13 days, and scientists say just one more day is needed for the eruption to be declared officially over.

This would mean Christmas Day is the day that residents can celebrate the end of the event.

A band played a traditional Christmas carol on the island late Thursday in tribute to emergency workers who have kept local people safe during the eruption.

It’s been the island’s longest eruption on record and has forced several thousands of people out of their homes, although no deaths have been reported.

The Canary Islands, off the coast of Africa, are a territory of Spain.