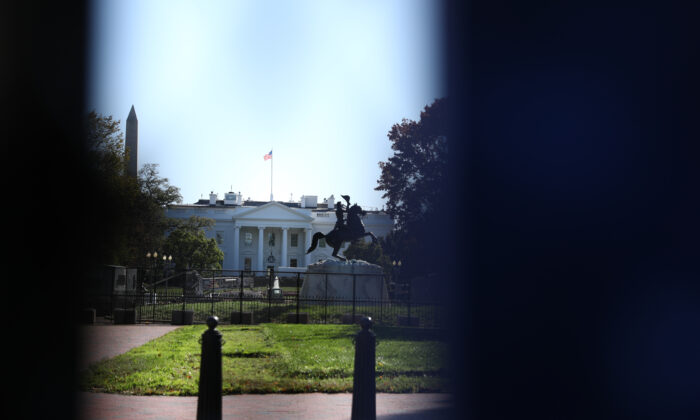 The “politicization” of intelligence—both with the assessments of foreign interference in the U.S. election and of the wider allegations of voter fraud—is damaging to the country’s democracy and has negative long-term implications, former officials in the government and intelligence community (IC) told The Epoch Times.

John Ratcliffe, director of national intelligence (DNI), was notified by “career intelligence officials” on Dec. 16 that the IC was unable to meet the Dec. 18 deadline set by an executive order to report on foreign threats to this year’s election. They said the delay was due to the IC receiving relevant new information since the election and the fact that a “number of agencies have not finished coordinating on the product.”

“I think that’s dishonesty on the part of the bureaucrats inside the intelligence community,” Bart Marcois, former principal deputy assistant secretary of energy for policy and international affairs under the Bush administration, told The Epoch Times.

“I’ve never known the IC to say to a president—or even to a deputy assistant secretary—that we don’t have sufficient information to answer your question. … They would say we don’t have complete information, but here is our report based on the information that we have at this time.”

Marcois said the only conclusion he draws is that the IC is “purposely stonewalling” assessments and reports on foreign interference in this year’s election for political reasons.

“Slow-rolling this, stalling it, so that this report cannot form the basis of an appeal to the Supreme Court, or to state legislatures, or to the Congress to disregard the electoral college outcome as reported by the disputed states,” he said.

“The dominant theme is that the bureaucrats that are permanent employees of the government have spent the last four years ignoring the authority of the elected president,” he said. “It’s ironic because Biden, in my opinion, is very responsive to the needs, the wishes, and the demands of the Chinese Communist Party.”

The order directs the U.S. government to impose automatic sanctions on foreign nations, individuals, and entities found to be involved in attempts to interfere in U.S. elections.

Gary Berntsen, former CIA senior operations officer and chief of station, noted that in 2016, many experts were sounding the alarm on foreign interference in elections, and of other voter fraud allegations. He said their silence is now deafening.

“This is a national disgrace,” Berntsen told The Epoch Times. “It’s so very, very unfortunate. It’s heartbreaking for the country because it puts us on a path for serious internal division.”

The problem, Berntsen says, is that the Trump campaign and his attorneys only had about 15 to 20 days to uncover the fraud and manipulation in the election, something the “national security apparatus didn’t look into over the last 15 to 20 years.”

Berntsen, a recipient of the Distinguished Intelligence Medal and the Intelligence Star, is best known for having led CIA officers in the seizure of Kabul in Afghanistan and was the architect of the battle of Tora Bora.

“The result of the 2020 election is still in question since there are legal cases available,” he said. “There are witnesses, sources, and now, we’ve seen the first reports from the technical side. For anyone to contradict that is foolish.

“Would it be required to have 800 communist Cubans parachute into Michigan and all those cities? That’s what the people want for evidence,” he said. “We need a couple of brigades of communists to parachute into the United States, and even if they did that, it would still be disputed.”

According to Berntsen, there are a number of foreign countries interfering in the U.S. elections, including Venezuela, Cuba, China, Russia, and Iran.

The report on foreign interference could come next month, according to CBS News senior investigative correspondent Catherine Herridge, who said on Dec. 3 that Ratcliffe is anticipating a public report in January. That report would show interference by China, Iran, and Russia, according to Herridge.

Former Acting Director of National Intelligence Richard Grenell told Fox News that both the United States and the international community have failed to recognize China as a “clear and present danger.”

“The intelligence is clear: Beijing intends to dominate the U.S. and the rest of the planet economically, militarily, and technologically,” Ratcliffe wrote. “Many of China’s major public initiatives and prominent companies offer only a layer of camouflage to the activities of the Chinese Communist Party.”

Ratcliffe’s comments on China reflect those of others in the intelligence community. William Evanina, director of the National Counterintelligence and Security Center, said in an August statement that the U.S. government is “primarily concerned about the ongoing and potential activity by China, Russia, and Iran” when it comes to election interference.

Evanina said the CCP had been “expanding its influence efforts” before the November election in order to “shape the policy environment in the United States, pressure political figures it views as opposed to China’s interests, and deflect and counter criticism of China.”

Attorney Sidney Powell, who has filed a number of election-related lawsuits in multiple states, said there’s more than enough evidence to prompt Trump to use his 2018 executive order on foreign interference.

“Given the level of foreign interference we can demonstrate, and the country has evidence in our filings of foreign interference in the election, it’s more than sufficient to trigger the president’s executive order from 2018 that gives him all kinds of power—to do everything from seizing assets, to freeze things, demand the impoundment of the machines,” Powell told The Epoch Times’ “American Thought Leaders” program.

Government election agencies said in early November that this year’s election “was the most secure in American history” and that “there is no evidence that any voting system deleted or lost votes, changed votes, or was in any way compromised.”