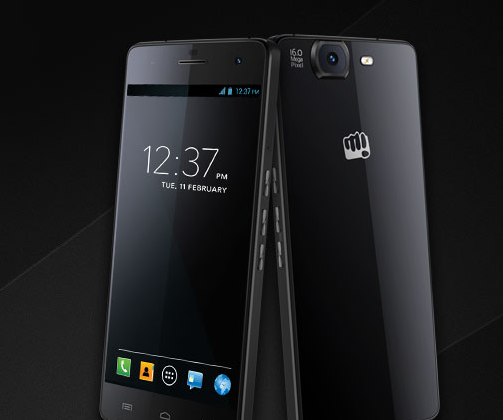 Micromax has introduced several new phones recently–the Canvas Knight A350 and the Canvas Elanza 2 A121.

The former is possibly the more anticipated, sporting a full aluminium body and including a MediaTek 2GHz Tru Octa-Core MT6592T processor packed with a 2GB RAM.

The smartphone also has a five inch display, a 16MP rear camera, OmniVision’s CameraChip sensor, and the M8 Largan lens, reported the Himalayan Times. It runs on Android 4.2.2 Jelly Bean.

The phone is reportedly costing Rs 34,500 to start.

“Canvas Knight is another milestone for Micromax to bring the best combination of technology, style and affordability for the mass,” said Shirish Murarka, director at Pashupati Trade Linke.

“We have yet again raised the bar of affordable innovation in the country with the launch of first Oct-Core smartphones.”

He described the phone as meant for high-end customers.

Meanwhile, the Canvas Elanza 2 A121 has been listed online.

The new smartphone doesn’t yet have a listed price but also has a five inch display, with full-HD (720×1280.

The successor to the Canvas Elanza A93 also comes with 1.2GHz Qualcomm Snapdragon 200 quad-core processor and 1GB RAM