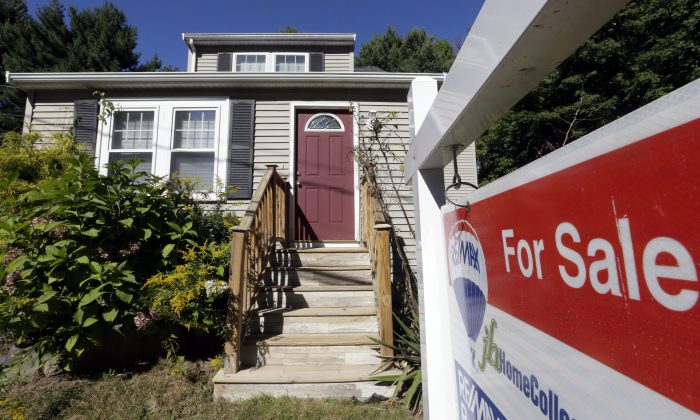 The run-up in home sales during the summer months was likely due to homebuyers locking in fixed-rate pre-approved mortgages before rates moved higher. (AP Photo/Steven Senne, File)
Canada

Canada’s residential mortgage market is closely tied to trends in the housing market and the broader economy, according to a report prepared by Will Dunning, chief economist for the Canadian Association of Accredited Mortgage Professionals (CAAMP).

With the Canadian economy slowing, the impacts on the housing market haven’t yet been fully felt. While resale activity has been reduced, “the adjustment of housing starts has just barely begun,” Dunning writes.

CAAMP released its “Annual State of the Residential Mortgage Market in Canada” report last week, which provides many key insights into homeowner behaviour, their mortgages, and what the near-term future holds for the housing market. It provides a thorough overview of the ever-changing residential mortgage market in Canada.

The report discusses the link between job growth and population and its effect on housing. According to the report, employment was growing at 1.2 percent year over year (as of October), just slightly less than the estimate of population growth (1.3 percent) over the same period.

“It would be even better if job creation was faster than population growth,” the report states in its introductory comments.

Overwhelmingly, the share of mortgages for homes purchased in 2013 has been of the fixed-rate kind (82 percent).

This would be broadly in line with the suggestion many economists have been making, namely that the run-up in home sales in the late summer was due to homebuyers locking in pre-approved fixed-rate mortgages in anticipation of those rates moving higher.

Most housing market analysts expect that this phenomenon has run its course and that we should see a gradual fade in housing activity in the next half year.

This indicates that homeowners are more than prepared to reduce their interest costs by paying off their mortgages early, but they have lost some overall freedom given that what they can afford is lower with a shorter amortization term.

Regarding mortgage rates, on homes purchased in 2013, the average rate is 3.23 percent. For mortgage renewals, it is 3.20 percent.

“Mortgages that have been initiated or renewed during the past year have, on average, lower interest rates compared to all mortgages,” the report states.

With lower interest costs, mortgage renewal looks like a positive event for the borrowers and the economy as a whole.

There has seemingly always been a discrepancy between posted mortgage rates and discounted mortgage rates. The CAAMP study confirms that the average mortgage interest rate reported (3.65 percent) for fixed-rate mortgages acquired during 2013 is far lower than the typical posted rates that have been available during the year.

The report is available free online at www.caamp.org.