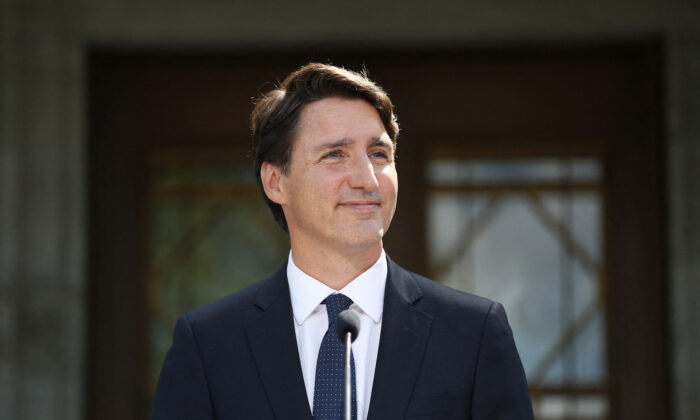 Canadian Prime Minister Justin Trudeau said like-minded countries should mount a “united front” against the Chinese regime to prevent it from using commercial interests to “play” friends against each other.

In an interview aired on Christmas Day, Trudeau said that China’s communist regime has been “playing” friendly capitalist democracies against one another to see them compete for access to economic opportunities in China because of its rising middle class.

“We’ve been competing, and China has been, from time to time, very cleverly playing us off each other in an open market, competitive way,” he told Global News, a division of the Canadian Global Television Network.

“We need to do a better job of working together and standing strong so China can’t play the angles and divide us one against the other.”

“We compete with each other,” the Canadian prime minister observed, giving an example: “We’re trying to see how could we get better access for Canadian beef than Australian beef to this country or that market.”

He said that issues Canada will continue to challenge China about include “human rights, democracy in Hong Kong, supports for journalists, non-interference in the goings-on of independent countries in Asia.”

Canada and China haven’t been on good terms since Canada arrested Meng Wanzhou, Chinese telecom giant Huawei’s chief financial officer and daughter of the company’s founder, on a U.S. extradition warrant. That was followed shortly by China arresting two Canadians, in what many critics have called “tit-for-tat hostage diplomacy.”

The extradition case was dropped after Meng reached a deal with the U.S. Justice Department in September. China released the two Canadians, Michael Kovrig and Michael Spavor, within hours of the agreement.

Trudeau said these arbitrary detentions saw capitalist democracies pull together to declare, “No, coercive diplomacy is not all right,” which made a difference for standing up to the CCP’s threats.

Canada has joined allies in a diplomatic boycott of the 2022 Winter Olympics to be hosted by Beijing in February 2022, in order to signify its concerns over the CCP’s ongoing acts of genocide and crimes against humanity against many of China’s own scholars, lawyers, and activists, as well as minority ethnic and religious groups.

Australia, Lithuania, the United Kingdom, and Japan have also joined in the U.S.-led boycott. New Zealand has signaled that ministers of the Ardern government won’t be attending, but fell short of declaring a complete diplomatic boycott.

Trudeau told Global News that there are certain areas where Canada will “want to work” with China, such as for climate change.

David Mulroney, Canada’s former ambassador to China who has been critical of the Trudeau government’s approach to China, said the prime minister’s latest comments on China are a start, but they cover “about 5 percent of the problem.”

“Now let’s hope he reflects this in policies, appointments, and partnerships that advance the national interest rather than imperil it. His target for 2022?” he said in a tweet.

Conservative Sen. Leo Housakos suggested in a tweet that if Trudeau “means what he says,” he should ban Huawei from Canada’s 5G network and support Housakos’s proposed legislation banning products made by slave labor from China’s Xinjiang region: Bill S-204.

Canada is currently the only country in the Five Eyes intelligence alliance that hasn’t banned or planned to phase out Beijing-linked Huawei’s products from its 5G network.