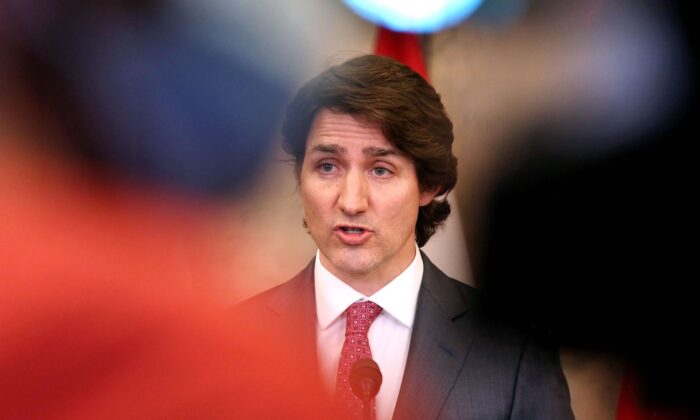 Canadian Prime Minister Justin Trudeau said his government has introduced new legislation that would implement a “national freeze” on the sale, transfer, and importation of handguns into and within the country.

The measure would cap the number of handguns already in Canada, but wouldn’t ban them—people who own them can continue to keep and use them.

“The day this legislation goes into effect it will no longer be possible to buy, sell, transfer, or import handguns in Canada,” Trudeau told reporters at a May 30 press conference. “In other words, we’re capping the market for handguns.”

The new legislation, Bill C-21, was proposed in Canada’s parliament on May 30. The same legislation, which was presented in the last Parliament, was abandoned when the government called an election.

Besides the national freeze, the measure also would strip firearm licenses from people involved in acts of domestic violence or criminal harassment, such as stalking.

Mendicino also said that if the measure is approved, a mandatory buyback program for assault-style weapons will go into effect later in the year.

Bill C-21 would also create a new “red flag” law to let courts call on people who are considered a danger to themselves or others to surrender their firearms to law enforcement.

The government also seeks to ban the sale and transfer of large magazines and also require that long-gun magazines be limited to five rounds.

“We recognize that the vast majority of gun owners use them safely and in accordance with the law, but other than using firearms for sport shooting and hunting, there is no reason anyone in Canada should need guns in their everyday lives,” Trudeau said.

The Tories view the Liberal measures as unfairly focused on legal gun owners while being soft on criminals.

Noé Chartier and Reuters contributed to this report.