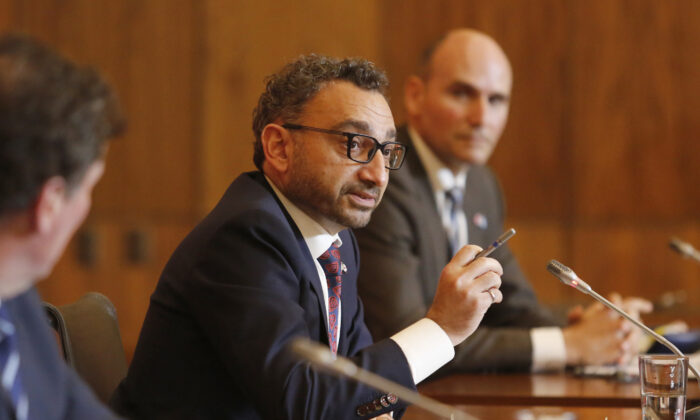 The Canadian bureaucrat who wrote the policy on mandatory vaccination for travel and transportation thought Canada would be leading the way with this measure, but instead it remained an outlier, court documents reveal.

In a briefing prepared for Transport Minister Omar Alghabra before the mandate came into force in late October 2021, the policy was presented as a “world-leading vaccination requirement for travel.”

The Oct. 2 brief titled “Implementing a Vaccine Mandate for the Transportation Sector” was prepared by Jennifer Little, director general of the COVID Recovery Team at Transport Canada.

Little, who submitted an affidavit in April, was cross-examined in June as a witness supporting the government in its defence of four lawsuits challenging the travel vaccine mandate.

“Who came up with this? Is this something you stated?” lawyer Sam Presvelos asked Little regarding the “world-leading” designation.

“Well, it was certainly part of the analysis,” she answered. “As we were working through this in terms of the scope of what we are describing in scoping out a policy at that time, it situated Canada as quite forward-leading in terms of vaccination mandates for the sector.”

The brief said Canada would have “one of the strongest vaccination mandates for travellers in the world.” It described the mandate as being “slightly” stronger than France’s or Italy’s.

“Don’t you think that giving no alternative to leave the country for five million of your citizens … makes your mandate much more than slightly stronger?” asked lawyer and applicant Nabil Belkacem.

“I agree that it is a strong mandate,” replied Little.

Little was asked if she was aware of any other country that prevents unvaccinated individuals from flying domestically or internationally.

“I’m not aware of any that require them domestically among the G7,” she said, adding that some have border requirements.

France did impose a vaccine mandate for long-distance domestic travel on Jan. 24, but suspended the mandate on March 14 along with the vaccine passport in other settings.

Italy had a travel mandate from Sept. 1, 2021, to May 31 this year, but testing was allowed as an alternative and natural immunity was recognized.

Neither the World Health Organization nor the International Civil Aviation Organization support mandatory vaccination for travel.

The Liberal government suspended vaccine mandates for domestic travel and the public sector on June 20, while warning that the mandates could be brought back depending on circumstances.

At the time, Health Minister Jean-Yves Duclos said the mandates were being lifted “after reviewing the latest scientific evidence, evolving COVID-19 epidemiology globally and in Canada, vaccination coverage rates, and listening to the advice of public health officials and experts.”

Little testified that the government had no criteria in place to determine when the mandates could be lifted.

“There are a number of complex considerations that would inform any such decision made,” she said.

Court documents show that the government was aware around late December to early January that two doses of the mRNA vaccine would provide little protection against COVID-19 infection.

“I do remember that it became clear to us that two doses or doses that were given several months prior were less protective,” said Dr. Eleni Galanis, director general of the Centre for Integrated Risk Assessment at the Public Health Agency of Canada (PHAC), during cross-examination on June 23.

According to Little’s affidavit, the document said that for the Omicron variant, “vaccine effectiveness against infection, symptomatic disease, and transmission with two doses was initially ~<50 to 60%, but waned over time to near zero after six months.”