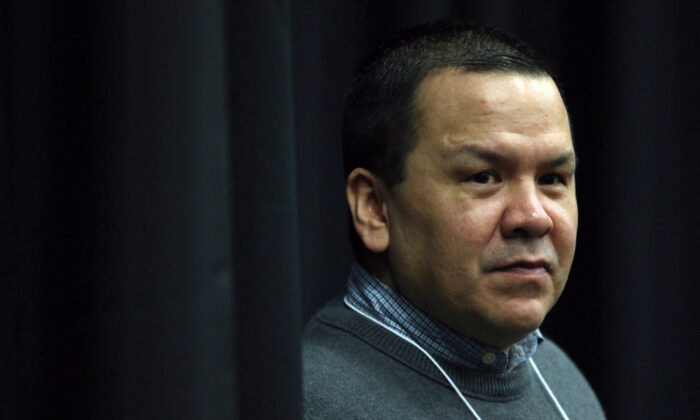 Songhees First Nation Chief Ron Sam looks on at the first-ever translation of the Douglas Treaties during a ceremony at the Songhees Wellness Centre in Esquimalt, B.C., on Feb. 25, 2017. (The Canadian Press/Chad Hipolito)
Canada

Canada’s premiers are gathering in British Columbia for their 2022 summer meeting, where they will start by meeting with the leaders of five indigenous groups under the National Indigenous Organization (NIO), which is co-hosting the annual event for the first time.

The Council of the Federation, representing premiers from Canada’s 13 provinces and territories, is hosting the meeting from July 11 to July 12 in Victoria. The premiers will be discussing health care, affordability issues, and economic recovery, according to a news release.

This is the first premiers’ annual meeting held on reserve land, a move welcomed by the Songhees Nation.

“We are pleased about the opportunity to meet with government officials and leaders of National Indigenous Organizations, as we move forward in building a new relationship of partnership and reconciliation,” said Chief Ron Sam of Songhees Nation in a July 11 statement.

Premiers and the NIO leaders will discuss the welfare of indigenous families, youth and children, and the environment, said the statement.

The premiers’ meeting comes just over a week before the Pope’s scheduled visit to Canada from July 24 to July 29, during which he is expected to offer an apology to indigenous groups over the impacts of residential schools set up by the Catholic Church.