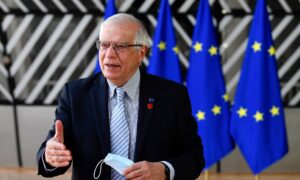 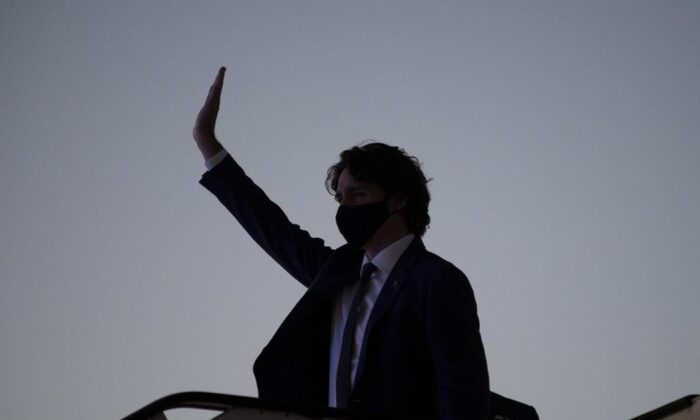 BRUSSELS—Prime Minister Justin Trudeau is in Brussels today for a meeting of the North Atlantic Treaty Organization and then a Canada-EU summit.

Trudeau began his day by meeting with the president of Latvia, where the Canadian military is leading a NATO alliance battlegroup whose mission is to deter Russian aggression in the region.

The prime minister then sat down with NATO Secretary General Jens Stoltenberg in a room in front of a photo of the NATO building and Canadian and U.N. flags.

Stoltenberg said NATO is entering a new chapter and Canada has always been a defender of the North American alliance with Europe.

He thanked Canada for its participation in NATO missions in Latvia and for deciding to have a “centre of excellence” for climate change, which he noted is an issue that affects security.

Trudeau also spoke briefly, saying it’s been an “interesting” few years for NATO, and that the alliance is more united than ever, which is important at this crucial time in history.

He said nations need to stand together to fight crises from COVID to climate change, which is why Canada has stepped up to offer a “centre for excellence.”

Trudeau said there’s been a geopolitical shift, with the world now seeing a general rise in authoritarianism, including from China.

He said NATO allies need to demonstrate there is an alternative to what he called the “strong arm” tactics that countries like China are taking.

He also noted that Russia has been worse now in its engagement with NATO nations and more disruptive than it’s been in decades.

While he said that should concern everyone, he added that NATO continues to stand strong against Russian interference.

Trudeau said the NATO summit provides an opportunity to not just reaffirm commitment to “nice and strong principles,” but talk about how to deliver them.

Meanwhile, a lot of eyes will be on U.S. President Joe Biden and how he plans to renew a relationship between his country and the military alliance.

Experts say there will be a focus on tackling cybersecurity and information warfare, as well as how to handle challenges presented by Russia and more recently China.

Trudeau will later take part in a summit with European leaders Charles Michel and Ursula von der Leyen, where they are expected to talk about the COVID-19 pandemic, climate change and the trade agreement between Canada and the European Union.