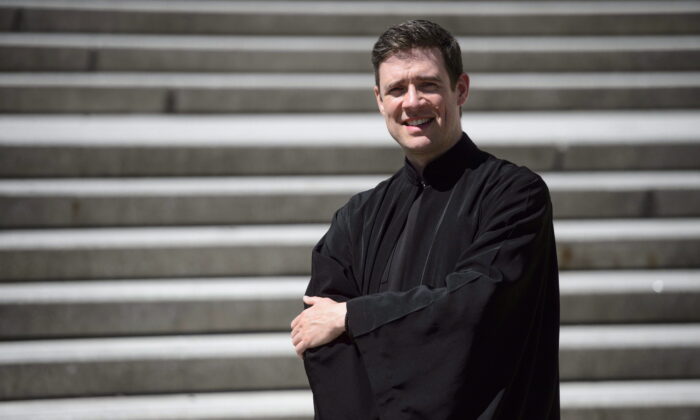 When Parliament returns this fall it should take steps to better protect freedom of conscience, a vital component in harmonizing diverse views on various social and medical issues in Canada, a new report says.

Titled “Our Inner Guide: Protecting Freedom of Conscience” and published by public policy think tank Cardus, the report emphasizes the importance of freedom of conscience, noting that it appears in the Canadian Charter of Rights and Freedoms, the Universal Declaration of Human Rights, and many other bills of rights.

“Yet, despite its universality, this human right is, by and large, universally neglected by courts, legislatures, and policymakers,” the report says.

“We aim to raise awareness of the importance of freedom of conscience in a liberal democracy and alert Canadians to the pressing need for this human right to be afforded due respect.”

Given that many people live in diverse, multicultural, and plural societies, the report says, different views can lead to “sharp disagreements between citizens on what is good, right, and true—as well as the need to resolve these disagreements.”

“We need to recognize that there is not a commonly held view, that there are different views—often very divergent views—and for the sake of our common life, we need to ensure that conscience rights are protected,” Rev. Dr. Andrew Bennett, the program director for religious freedom and faith community engagement at Cardus, told The Epoch Times.

The report touches on several social issues where people’s right to conscientiously object should be protected, including medical assistance in dying, abortion, and those that relate to the addition of “gender identity” and “gender expression” to the list of prohibited grounds of discrimination in human-rights codes in Canada.

“All that those types of actions, those types of treatments, those types of services are morally challenging,” he adds. “This relates to some fundamental questions about human life, about the nature of the human person, so many traditions, religious and non-religious, have a lot to say about that, and those beliefs shape our conscience.”

The report notes that in Canada, while doctors are usually free to refuse to prescribe certain drugs or perform certain procedures or services they disagree with, that’s not the case when it comes to providing referrals to patients to seek that service through another doctor or health professional.

“Referrals are problematic for some health-care workers because, in their view, they amount to material co-operation—significant complicity—with immoral or unethical activity,” the report said.

“In a situation where a doctor is put into a basically moral jeopardy, it can be very harmful to that person’s moral compass, and there’s sort of a moral injury that takes place,” Bennett said.

In March, a controversial bill to expand access to medical assistance in dying, including potentially to people suffering solely from mental illness within two years, was passed into law in Canada, despite opposition from multiple groups. The government appointed an expert panel to review the mental illness provision and provide guidelines and recommend safeguards by March 2022.

Cardus is calling on provincial legislatures to enact legislation that would embed conscientious objection rights for medical professionals in law, noting that Manitoba enacted such a law in relation to assisted suicide in November 2017.

“Passage of a bill that robustly protects freedom of conscience would specifically recognize the freedom of health-care workers and the institutions that employ them to refuse any participation in a procedure or service they believe to be immoral or unethical,” the think tank said in a press release.

The release notes that Parliament has a duty to prioritize freedom of conscience, “especially when it has created laws that undermine or constrain this freedom.”

“We have already seen regulatory bodies, like the College of Physicians and Surgeons of Ontario, actively curtailing doctors’ freedom of conscience and the courts loosely interpreting the constitutional protections this freedom affords,” it says.

Bennett, who was Canada’s religious freedom ambassador under the previous Harper government, said he is “very concerned” that if the freedom of conscience is not protected, Canadians will lose more liberties in the future, noting that there are some “worrying trends around respect for freedom of conscience.”

“I don’t think we’re anywhere near the situation in communist China or Cuba, or other places where conscience rights and fundamental freedoms are regularly violated on a daily basis, and also institutionally and systemically,” he said.

“We’re not there, but as a democracy we shouldn’t take [these freedoms] for granted and we have to be vigilant.”

Editor’s note: This article has been updated to mention the expert panel review of mental illness provisions in the medical assistance in dying law.