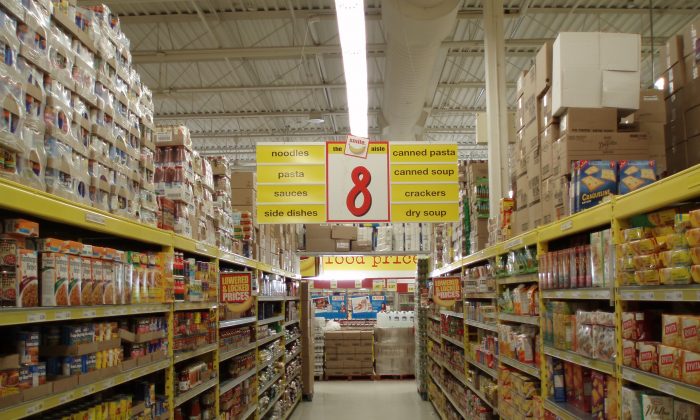 The federal government is in the process of revamping Canada’s food labelling system, but the new labels won’t state whether a particular product contains genetically modified ingredients.

On Dec. 1, the Canadian Food Inspection Agency (CFIA) kicked off its third phase of public consultations to gather the thoughts and concerns of Canadians in an effort to improve food labelling.

The statement adds that “there is already guidance on method-of-production labelling for these foods” on its website.

“Additionally, Health Canada requires labelling for food products, including genetically engineered (GE) foods, where clear, scientifically established health risks or significant nutritional changes have been identified that can be mitigated through labelling,” the CFIA says.

According to Lucy Sharratt of the Canadian Biotechnology Action Network (CBAN), an Ottawa-based group that opposes genetic engineering, people are being told that the issue is not up for discussion at the public consultations, which began in 2013.

“In fact, [the CFIA] had to introduce consultations by saying that genetic modifications were not included because people were repeatedly bringing that issue to the table,” Sharratt says.

“The general public has been sending a lot of comments to the government and [the CFIA] have said that they are receiving a lot of feedback asking for GM labelling and they had to tell people that that is not on the table. Our question is, why isn’t it on the table when it is so clearly a concern?”

Health Canada says on its website that it doesn’t consider genetically modified food as potentially problematic because there is already a thorough safety assessment process in place—which takes years to complete—before such foods can be sold.

It says Canada’s approach is consistent with international standards set by the Codex Alimentarius Commission on labelling GM food products.

Still, those who advocate for labelling say not enough is known about the risks of GM foods.

Sharratt notes that polls over the past 20 years have consistently shown that the majority of Canadians want to know if a food item contains GMOs.

The Grocery Manufacturers Association estimates that up to 75 percent of processed food in the Unites States could contain genetically modified ingredients. Sharratt says it would be similar in Canada.

“The main genetically engineered crops that are grown are corn, canola, and soy,” she says.

“These end up in processed food ingredients that are widely used in the North American food market. Therefore, a lot of packaged food contains at least one genetically modified ingredient.”

The CFIA says it has been getting a strong response from Canadians on improving the labelling system; during the first two phases of consultations, “nearly 3900 stakeholders participated in the various engagement activities, including through face-to-face meetings and online questionnaires.”

Sharratt says the initiative provides an opportunity for the CFIA to include GMOs in the labelling consultations, thereby addressing people’s concerns around the issue.

“With the food label modernization program, the government has an ideal opportunity to address this concern, and yet they have excluded genetic modification from the discussion on food labelling.”