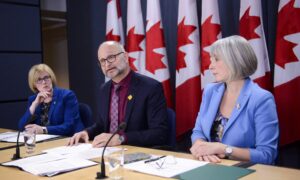 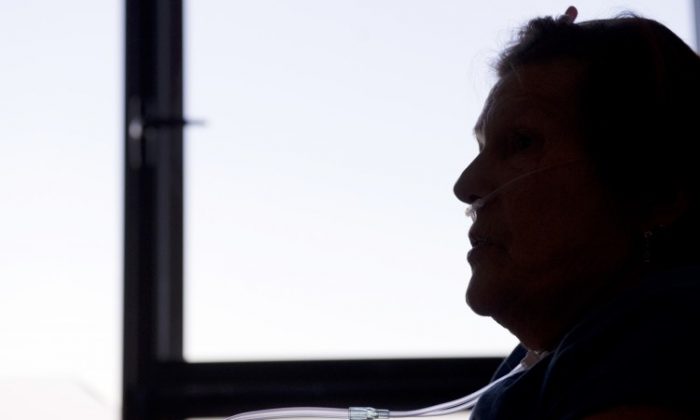 The co-founder of an alliance of physicians against euthanasia and assisted suicide says Canada’s medically assisted dying policy sets a “dangerous precedent” that has opened the door to other scenarios in which people can be denied medical care or have their lives prematurely ended.

“In terms of expanding, first of all we change the criteria, and then we make it easier and easier to get rid of people who are faced with life’s challenges, with health issues,” Dr. Paul Saba, the co-founder of Physicians’ Alliance against Euthanasia in Quebec, told The Epoch Times.

“To me this really is a very sad statement of affairs of our society, and what we’ve become, in terms of devaluing human life,” said Saba, a Montreal-based physician and author of the book “Made to Live.”

Bill C-7, the federal legislation on medical assistance in dying (MAiD) was granted royal assent in March, expanding the eligibility to those who are experiencing intolerable suffering but aren’t close to an imminent death. It will eventually expand to include people who suffer solely from mental illnesses.

“I think an even greater issue is how we evaluate life. Once you open up that door to ending people’s lives, and evaluate people’s lives, you have the whole issue of [COVID-19] and the triage system that was being supported, and directives being set up not to care for people who were ill,” Saba said.

He was referring to the Ontario government’s “triage protocol,” a colour-coded emergency standard of care scoring system that would be followed “where the demand actually exceeds the number [of patients] who can be safely managed with available resources (including ventilators, supplies, and trained staff).” The protocol directs the province’s hospitals to prioritize and allocate resources to patients based on their short-term mortality risk. A copy of the protocol, with a “review date” of Jan. 13, was made public on Jan. 18.

The protocol was developed as a response to possible major COVID-19 surges that could result in the need to ration medical resources including intensive care unit (ICU) capacity. It states that under the most severe “level 3 triage” scenario, only patients who have a greater than 70 percent chance of surviving beyond 12 months will be prioritized for critical care.

“Once the government starts evaluating lives, and not seeing it as their mission—health care is a mission of caring for people who need to be cared for—then we’ll decide who gets cared for, who won’t get cared for, who lives, who dies. And that’s why it is so important that we … push back on this,” Saba said.

Saba began his fight against abortion, euthanasia, and medically assisted dying with the battle to save his daughter’s life. In 2009, Saba and his wife were told that their unborn baby, Jessica, had a severe congenital heart defect—her heart’s pulmonary valve was almost completely sealed—making her survival nearly impossible. They were offered the option of abortion, which they refused.

Through skilled medical procedures, Jessica lived, and is today a healthy 12-year-old. Her story is detailed in “Made to Live,” published in 2020.

Nearly 7,600 Canadians died via medically assisted death in 2020, Health Canada senior official Abby Hoffman told the Special Joint Committee on Medical Assistance in Dying on June 7. This is a 35 percent increase from the roughly 5,630 cases in 2019, a number which was itself a 26 percent uptick from the approximately 4,470 cases in 2018.

“What was supposed to be just for terminally ill people really at the end of life has now been expanded to include people who are disabled, who have chronic conditions … and they are looking at and studying for people who have mental health challenges,” Saba said.

“So, basically, death needs to be available to everybody,” he said.

There are approximately 6.2 million people aged 15 and over in Canada who have a disability, according to Statistics Canada. This is approximately 15 percent of the Canadian population.

According to Saba’s calculations, roughly 70 percent of Canadians would be eligible for medical assisted deaths—adding up the numbers of people with disabilities, chronic conditions, and mental health problems.

Saba condemned the passing of Bill C-7 during the COVID-19 pandemic, a time “when people are most vulnerable.”

“We’re encouraging and we’re supporting … killing people with disabilities, because we know that they’ve been marginalized, that they’re struggling, and it doesn’t take much to push people over the edge,” Saba said.

He said the media have had a hand in making assisted dying glamorous and socially acceptable.

Saba is signatory to a number of petitions against medically assisted death, including a petition against MAiD launched last December that has been signed by nearly 1,500 physicians.

“Ultimately, I hope one day that assisted suicide and euthanasia get reversed in our country because it’s … a dangerous policy and a dangerous precedent.”