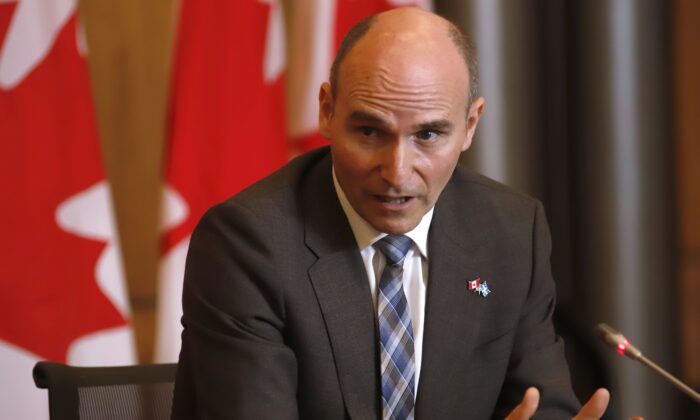 Canada’s largest federal union, the Public Service Alliance of Canada (PSAC), didn’t challenge federal vaccine mandates in court because they believed such efforts “would have little chance of success,” according to a union official.

“It determined a legal challenge would have little chance of success and that the most effective way to represent members would be on a case by case basis,” wrote PSAC’s Public Sector Labour Relations and Employment Board, according to Blacklock’s Reporter.

PSAC made the comments during a board hearing in which a Québec parole officer, who was also a union member, claimed PSAC didn’t adequately represent her when she refused to disclose her vaccination status.

PSAC represents almost 230,000 federal employees across Canada, all of whom were subjected to the federal government’s COVID-19 vaccine mandate introduced in October 2021. The mandate was suspended in late June 2022.

PSAC said it conducted an “in-depth review of several available options” when weighing the possibility of challenging the vaccine mandate, but decided they would probably be fruitless.

“All those efforts led it to conclude that challenging the policy through a grievance or other legal mechanism stood little chance of success. It was decided the best approach would be to handle files case by case,” wrote the board.

The federal vaccine mandate required all federal servants, including those working from home, to be fully vaccinated. Employees who refused to disclose their vaccination status or who did not receive exemptions were placed on administrative leave without pay.

All federal employees who were on leave of absence for refusing to comply with the vaccination requirement were contacted in June to return to their former positions.

PSAC said in a recent statement that it “supports vaccination requirements for federal workers,” but not under the threat of “discipline and termination” for those who choose not to be vaccinated.

“Employees with a valid medical reason for being unvaccinated, or for reasons protected by human rights legislation, must be offered a formal accommodation under the law,” read the Aug. 17 statement.

“If there are workers who are unable or unwilling to be vaccinated, the government must temporarily reassign those employees to other duties where possible or allow for alternate work arrangements such as remote work.”

PSAC also said that alternative COVID-19 prevention measures, such as regular rapid screening and testing, “should be explored.”

Health Canada’s 1996 report “Canadian National Report On Immunization,” stated that vaccination “cannot be made mandatory because of the Canadian Constitution.”

“Legislation and regulations must not be interpreted to imply compulsory immunization,” it read.

The government said in May that over 98 percent of all federal employees had received at least two doses of a COVID-19 vaccine.