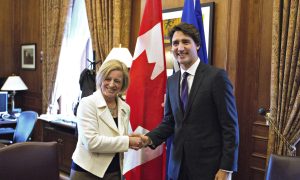 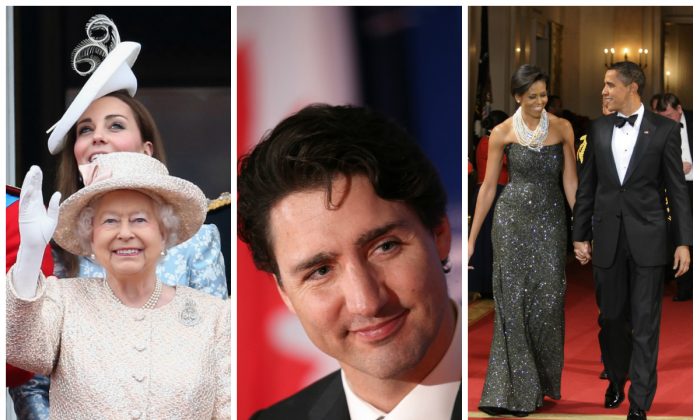 The greatest of allies, the United States and the United Kingdom, recently had some top-notch Twitter banter.

On April 29, a good old peacock session started over who will “bring it” at the 2016 Invictus Games.

Hey, @KensingtonRoyal! Are you ready for @InvictusOrlando? Game on. pic.twitter.com/S34KrEv5Is

“Boom!” said the tallest, in the center background.

Prince Harry, a bit flustered but riled up nonetheless, responded shortly after.

Wow @FLOTUS and @POTUS, some @weareinvictus fighting talk there! You can dish it out, but can you take it? – H.

The @Kensington Palace twitter handle was created in June 2015 to update the Twitterverse on the lives and times of Prince Harry and the Duke and Duchess of Cambridge—Prince William, his brother, and Kate Middleton, his sister-in-law.

It didn’t take long for “H” to dish out a response to FLOTUS and POTUS. Harry artfully enlists his grandmother, Queen Elizabeth II, to top the leader of the free world.

Unfortunately for you @FLOTUS and @POTUS I wasn’t alone when you sent me that video – H.https://t.co/sjfSQvkzb6

Many British news sources are naming the royals as the winners of the Twitter battle. Yet they didn’t anticipate Canadian Prime Minister Justin Trudeau getting in on the action.

Three days after the Brits and the Americans, Trudeau tweeted a video of Canada “bringing it.”

Dear @POTUS, @FLOTUS and @KensingtonRoyal – did someone say “bring it?” Canada’s ready for @InvictusOrlando.https://t.co/TxBAMPvTYs

The Canadians literally drop microphones in the May 2 upload. Canada being a bilingual country, there is a French version as well.

Though slightly awkward, the sight of the Canadian prime minister doing push-ups along side members Canada’s 2016 Invictus Team most definitely brings it.

Canada’s pump-up video came just hours before the announcement that Toronto will host the 2017 Invictus Games.

While the exchange between the heads of states was certainly staged, their promotion of the 2016 Invictus Games was delightful nonetheless.

The Invictus games is an international multi-sport event created by Prince Harry for sick and injured armed services personnel and veterans.