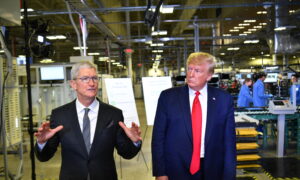 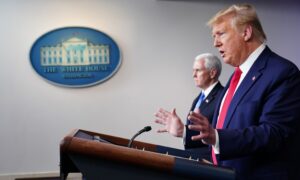 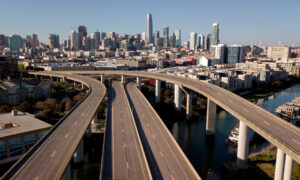 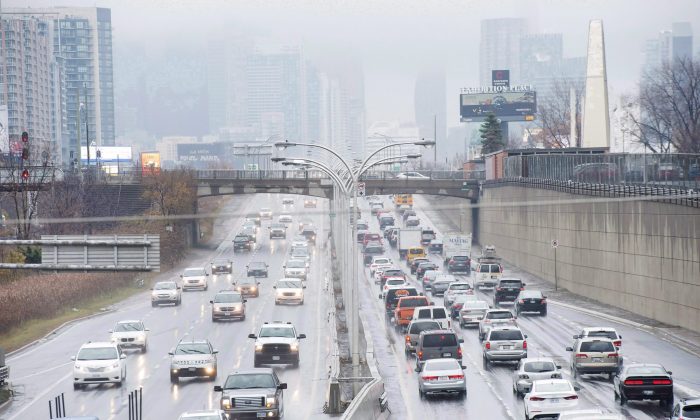 Vehicles makes their way into and out of downtown Toronto along the Gardiner Expressway in Toronto. New toll roads are often cited as important infrastructure improvements in Canada. (The Canadian Press/Nathan Denette)
Business

The Canadian federal government’s best-laid plans for boosting the economy through infrastructure spending are running into obstacles and already behind schedule.

A Feb. 2 report from the Office of the Parliamentary Budget Officer (PBO) called “Following the money” attempts to get a handle on the $11.3 billion that will be allocated over two years via 31 departments and agencies.

PBO Jean-Denis Fréchette told the Standing Senate Committee on National Finance (SSCNF) on Feb. 7 that spending tends to be back-end-loaded and that delays occur at the provincial and municipal levels after the Treasury Board approves the expenditure.

We’ve got to reduce the duplication.
— John Gamble, President and CEO, ACEC

“Recognizing that the federal government with their eyes wide open have signed in support to deficit financing to put this infrastructure in place for the longer-term economic health, it’s very important that they see the dividends of these investments sooner than later,” said John Gamble, President and CEO of the Association of Consulting Engineering Companies (ACEC), a not-for-profit organization that represents some 400 consulting engineering companies across Canada.

The ACEC is all for the commitment to infrastructure, but is concerned with the delays getting the money out on the street and getting shovels into the ground.

“I would suspect that the federal government itself would be somewhat frustrated with the slow pace [of spending],” Gamble said in a phone interview.

Over 85 percent of infrastructure spending occurs at the provincial and municipal levels, according to the PBO.

SSCNF chair Larry Smith’s main concern revolves around the alignment from the federal government to the provincial and municipal governments for coordinating infrastructure spending.

“There has to be that alignment so you’re not getting people going in different directions,” Smith said. He likens the situation to a business, as if the three levels of government were three levels within a company, with the federal government at the top and the municipal governments at the bottom. All have to be on the same page.

“Everybody [all levels of government] has their own environmental assessment program, everybody’s got their own approvals regime,” Gamble said. “We’ve got to reduce the duplication [between jurisdictions].”

There has to be that alignment.
— Senator Larry Smith , Chair, Standing Senate Committee on National Finance

Engineers need to have consistency and predictability with respect to the infrastructure investments in order to manage their resources and meet the demands of the “fairly significant infrastructure program,” said Gamble.

“Frankly, it’s a bottom-line issue for our firms,” he said.

Gamble said the ACEC has actually seen a decline in membership since the end of the $8.8 billion Building Canada Fund wrapped up in 2014. This seems counterintuitive given the record-size infrastructure investments from the current and prior federal governments.

Another issue is that many of the departments doling out infrastructure funding are not used to reporting on it for public consumption. Most of the PBO’s data was collected in September and October 2016, but data from Infrastructure Canada is current to Jan. 4.

Even the classification of infrastructure includes a lot of pre-existing programs such as repairs of buildings.

“What I hate to see is projects that aren’t really infrastructure dressed up as infrastructure because, 1) it will distract badly needed investments from infrastructure, and 2) we don’t clog up the process,” Gamble said. The last thing he wants to see is increased delays and bureaucracy.

A red flag raised by the PBO is that the government does not have a performance measurement framework to evaluate the impact of the money spent. It’s not clear to the PBO how many projects go through rigorous cost-benefit analyses.

For now, Fréchette said, “The impact will be smaller than what was expected in the budget—smaller because they will not be able to spend the full $3 billion [$3.967 billion] this year.” The PBO estimates the boost to the economy (real gross domestic product) will be 0.06 percent less and 5,000 less for employment than what was forecast in Budget 2016 (0.17 percent and 8,300 jobs).

“Our job is to make sure that the execution and the measurements are actually done and recorded. At the end of the day, we have to have results because that’s the major platform of the government,” Smith said. The SSCNF will release its initial report in the next three to four weeks.

Fréchette and others can’t really comment on how the new infrastructure bank might ameliorate the process. The federal government hasn’t released further details on it since November’s fall fiscal update, which included its creation. “The concept is there to help in the choices [of projects], which is the big concern for Parliament—the outcome of all these projects,” Fréchette said.

Gamble still believes infrastructure is a core business of government and that the new bank alongside public-private partnerships are simply more tools in the toolbox.