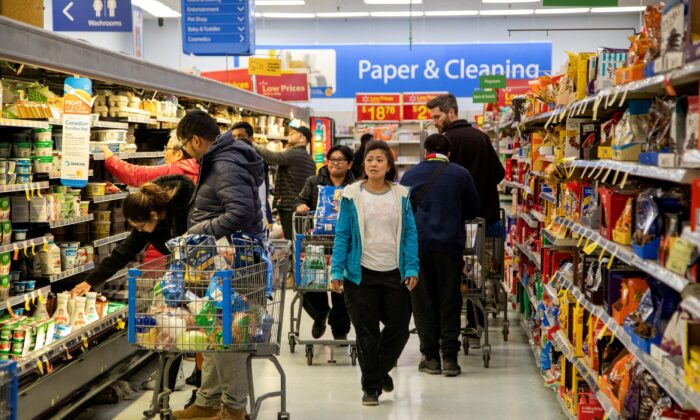 OTTAWA—Canada’s annual inflation rate accelerated to an 18-year-high in September, driven by high gas prices, soaring housing costs, and rising food prices, data showed on Wednesday, putting the focus on the Bank of Canada ahead of a rate decision next week.

Inflation increased to 4.4 percent, beating the average analyst estimate of 4.3 percent, to reach its fastest clip since February 2003, Statistics Canada data showed. It was the sixth consecutive month in which headline inflation topped the central bank’s 1–3 percent control range.

“It suggests there is still momentum at the margin in terms of inflationary pressures that can’t be just dismissed on base effects and other factors. So it’s still a sustained overshoot,” said Derek Holt, vice president of capital markets economics at Scotiabank.

Governor Tiff Macklem has said the Bank of Canada sees hot inflation as temporary, though last week he predicted supply chain bottlenecks meant it would probably take a bit longer than previously expected to come down.

Analysts expect the bank to hold rates at its Oct. 27 meeting, while also tapering its quantitative easing program to stop adding new stimulus.

“The Bank of Canada has been pretty adamant that they think this current inflationary surge is transitory. I don’t think this will change their mind,” said Andrew Kelvin, chief Canada strategist at TD Securities.

CPI common, which the Bank of Canada calls the best gauge of the economy’s underperformance, was flat at 1.8 percent, while the other two measures of core inflation posted gains.

Countries around the world are grappling with hot inflation amid supply chain hurdles and labor shortages as restrictions are eased and tightened with each new wave of the coronavirus, leading to choppy demand and supply bottlenecks.

Bundesbank President Jens Weidmann said on Wednesday he would step down more than five years early, issuing a last warning about the risks posed by inflation.