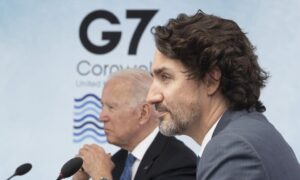 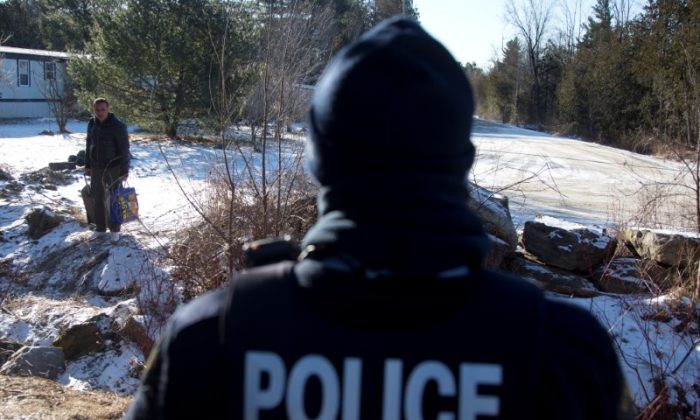 A man is confronted by a Royal Canadian Mounted Police officer as he prepares to cross the U.S.-Canada border leading into Hemmingford, Quebec. (REUTERS/Christinne Muschi)
Canada

TORONTO—Detention of Mexican citizens in Canada has spiked since December, when the government lifted its visa requirement for visitors from Mexico, even as Canada burnishes its image of being more welcoming than the United States.

Detentions in the first five months of 2017 were more than twice the previous two years combined, according to Canada Border Services Agency statistics provided last week in response to a Reuters request.

Prime Minister Justin Trudeau promised to lift the visa requirement, imposed by the previous government, during the 2015 election campaign, in an effort to improve bilateral relations. Visitors from Mexico can now apply online for an electronic travel permit in a process that takes minutes.

Mexican migrants have been looking to Canada as U.S. President Donald Trump’s administration ramps up deportations and targets illegal immigrants who had been granted reprieves under the Obama administration.

Trudeau’s government has been under pressure from opposition politicians to reverse the visa lift, which a review late last year projected would cost about CA$262 million.