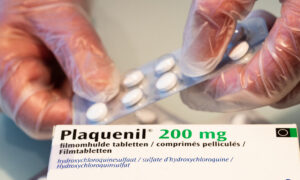 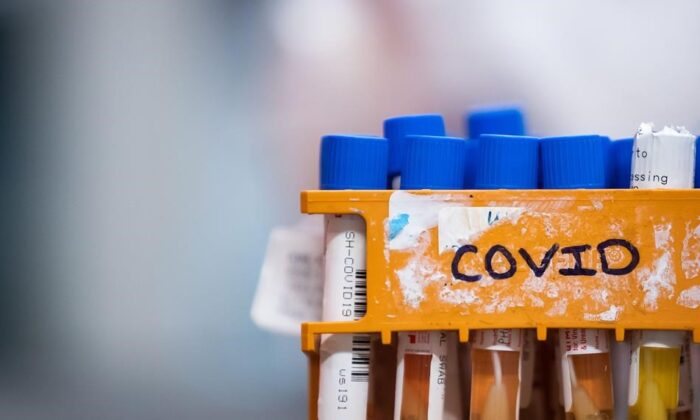 Specimens to be tested for COVID-19 are seen at LifeLabs after being logged upon receipt at the company's lab, in Surrey, B.C., on March 26, 2020. (Darryl Dyck/The Canadian Press)
CCP Virus

TORONTO—Canada’s COVID-19 death toll passed the 2,000 mark on Thursday as scientists across the country scrambled to find a treatment or vaccine for coronavirus disease and Saskatchewan outlined its plans for easing up on the economically devastating restrictions imposed to fight the pandemic.

The grim milestone came as Ontario announced that 54 more people had died from the disease—a slightly bigger increase than on Wednesday. Quebec reported 109 new deaths. At least half the country’s fatalities have been in nursing homes.

Prime Minister Justin Trudeau said Canadians have been failing our parents and grandparents in long-term care homes. To help them, the government planned to send the military to nursing homes in Ontario and Quebec, but Trudeau said it should never have come to this.

“We shouldn’t have soldiers taking care of seniors,” he said. “We will all have to ask tough questions about how it came to this.”

The prime minister’s comments came as Nova Scotia reported three more deaths at the Halifax-area Northwood long-term care home and another at a care home in Sydney, N.S.

The economic fallout from the pandemic has prompted anxiety over when anti-COVID restrictions might ease. Canadian governments would be watching closely—but make their own decisions—as American jurisdictions moved toward easing their isolation measures, Trudeau said.

Georgia, for example, planned to start opening its doors on Friday, a timeline that even U.S. President Donald Trump said might be premature. The United States is approaching 50,000 confirmed coronavirus deaths with a known caseload exceeding 850,000. Canada has reported about 41,700 cases and more than 2,100 deaths.

With a wary eye on getting normal life on track, Saskatchewan Premier Scott Moe on Thursday offered a detailed five-phase plan to reopen parts of the province’s economy: Starting May 4, dentist offices, optometry clinics and physical therapy providers will be allowed to open, while some retail stores might be allowed to open May 19. P.E.I. has said some outdoor activities and elective surgeries could restart in early May.

Trudeau said Ottawa would roll out $1.1 billion for a national medical and research strategy, with $662 million earmarked for clinical trials to test vaccines and treatments as they are developed. A vaccine is the long-term solution, the PM said, but until then, Canadians need to slow the spread so the economy can get going again.

Another $350 million would be used to expand national testing and modelling in the interim.

Public health experts say mass testing is critical to detect those who have the virus but no symptoms. The concern is that asymptomatic carriers can unwittingly infect others and trigger a second surge in cases. The country’s top public health officer, Dr. Theresa Tam, has said 60,000 daily tests are needed, triple the current number.

Tam also said it was important to detect people with immunity to the COVID virus. Having immunity would likely mean no longer being subject to the anti-pandemic measures that have devastated the economy and prompted unprecedented federal bailouts.

More demands on the federal treasury came from the country’s municipalities. The Federation of Canadian Municipalities asked Ottawa to give local governments as much as $15 billion over the next six months to stave off financial ruin.

As examples, the organization said transit ridership was down because people were being told to stay home. Municipal councils have also been considering, or have approved, delays in collecting property taxes to give residents a financial break.