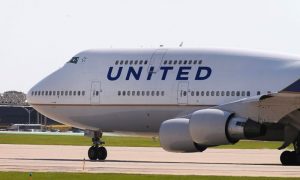 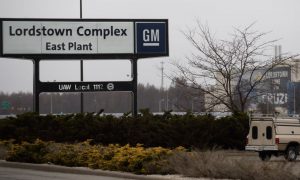 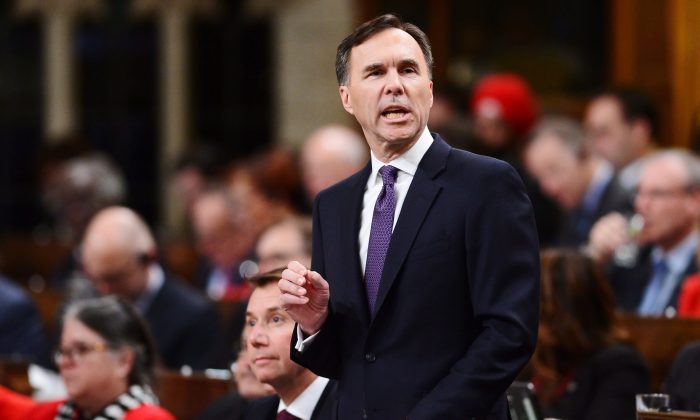 OTTAWA—Canadian Finance Minister Bill Morneau’s third budget didn’t respond to the aggressive tax cuts south of the border that reduce Canada’s competitiveness, but he says it’s all about staying competitive over the long haul; the downside of further tax cuts is higher federal deficits.

“It’s interesting to me that the same people that are asking to lower our taxes are the people that are telling me to stay fiscally responsible,” Morneau told reporters prior the release of the budget.

“We have the lowest small business tax rates among G7 countries. That’s both before and after the changes in the United States,” he added.

The counter is the Liberals’ continuing to target the wealthy who are perceived as gaining a personal tax advantage through the small business tax rate, which will be reduced from 10.5 percent to 9 percent by 2019. The government wants to gradually reduce access to favourable tax treatment for businesses that have significant passive investment income.

This income consists of dividends, interest income, and capital gains earned by a small business making investments from retained earnings. This income incurs additional taxes so that private companies pay about the same tax as dictated by the top all-in personal tax rates.

Taxation of passive investment income is the last of the three proposals that sparked an uproar last July for the small business tax system to be modified.

The capital gains tax proposal for passing businesses on to the next generation was taken off the table in October 2017 and income sprinkling—dividends to family members working in the business—was softened in December.

Dan Kelly, president and CEO of the Canadian Federation of Independent Business—the country’s largest association of small- and medium-sized enterprises with 110,000 members—believes the 3 percent underestimates how many private corporations will be affected by the change.

And while the new changes will squeeze small business to the tune of about $1 billion a year, Aaron Wudrick, federal director of the Canadian Taxpayers Federation said in a press release, “But it’s fair to say these further revisions are a big improvement over the government’s original proposals.”

Kelly says the new rules create “winners and losers” within the small business community. The winners are the newer small businesses that haven’t accumulated larger pools of passive investments. The losers are those who have accumulated enough investments—quite legitimately, Kelly adds—such that they earn over $150,000 in passive income.

“That doesn’t seem to be fair tax policy from my perspective,” Kelly said.

But the new approach makes sense to Bruce Ball, taxation vice president with the Chartered Professional Accountants of Canada.

“If you’re not using after-tax small business income to reinvest in a business then there’s a potential downside because if you accumulate too much in terms of passive investments, then you’ll start to lose that access to the small business rate,” he said.

“If you’re not reinvesting, we’ll take the small business rate from you if you go over $50,000 of passive income,” Ball said.

He added that professionals like doctors and lawyers will emerge as losers with the change. “I think professionals will be hurt by this; they’ll find that they might lose the small business [rate] deduction,” he said.

“In Canada, small business taxation is getting slightly worse than proposed. But in the U.S., it’s getting better. That’s to us a disappointment,” Kelly said.

The government says more than 90 percent of the tax revenue from the passive investment changes will come from businesses whose owners’ household income is in the top 1 percent of the income distribution.

The changes to the taxation of passive income for small businesses will generate $43 million for the government in fiscal year 2017-2018. Over the five-year projection horizon, they will add just over $2.3 billion to the feds’ coffers.

And calls for a comprehensive review of the tax system keep coming. Ball says it’s not clear what the government is trying to achieve with the small business tax deduction.

“Such a review is long overdue, given the complexities of Canadian tax rates, credits, and deductions, and the implementation of U.S. tax reforms,” according to a post-budget press release from the Investment Industry Association of Canada.

The Canadian Chamber of Commerce criticized the budget for not making an attempt at closing the competitiveness gap with the United States, but it welcomed the clarity on the taxation of passive investment income.

“It’s good that the government’s approach is more closely focused than the measures proposed last summer, but there’s still much work to be done,” said Perrin Beatty, President and CEO of the Canadian Chamber of Commerce in a press release.