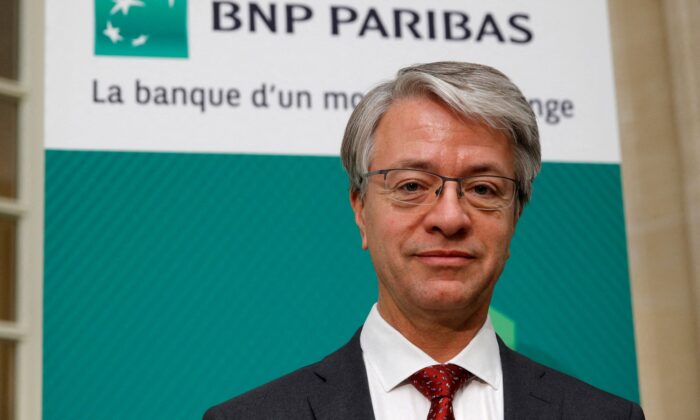 TORONTO/PARIS—Bank of Montreal said on Monday it will buy BNP Paribas’ U.S. unit, Bank of the West, for $16.3 billion in a deal that will allow the Canadian bank to double its footprint in the world’s biggest economy, while giving France’s biggest bank a huge step up in firepower for deals.

The deal gives BMO, Canada’s fourth-largest lender, a large-scale presence in California, whose population is bigger than the bank’s home country. It will also increase the United States’ contribution to BMO’s pre-provision, pretax earnings to 44 percent from 36 percent in fiscal 2021 and will give the Canadian bank the ability to deploy almost all of its excess capital, which has been a drag on returns.

BNP Paribas has been struggling to keep up with larger rivals in the U.S. retail banking market, and the sale will leave the French bank focused squarely on Europe, where it is growing in stature as one of the region’s biggest investment banks as local rivals stall. In the past two years it has taken on equity and prime broking businesses from Deutsche Bank and Credit Suisse.

“This is a value accretive transaction for all sides, which emphasises the quality of the Bank of the West franchise,” BNP Paribas CEO Jean-Laurent Bonnafe said on Monday.

BMO shares were down 2.2 percent at C$131.20 on Monday, on track for their lowest close since mid-October. They have lost more than 6 percent, including Monday’s drop, since rumours of the deal surfaced last week. BNP Paribas shares were up 0.5 percent on Monday.

BNP said it would use the proceeds from the sale to fund more share buybacks and to finance bolt-on acquisitions and further develop its presence in Europe.

It said it would also consolidate and further develop its activities in the United States, and the cash from the sale could give BNP Paribas more strategic flexibility than other European banks.

Analysts at Credit Suisse and Keefe, Bruyette & Woods (KBW) also said the $16 billion sale price was higher than many analysts had forecast.

“Achieving this price for Bancwest is a clear positive for shareholders and gives BNPP some strategic optionality, which has been a rare thing for European banks,” wrote KBW.

The United States has proven an increasingly unattractive market for European lenders, with BBVA selling its U.S. operations to PNC Financial Services Group Inc. in 2020 and HSBC Bank earlier this year selling most of its U.S. business to Citizens Financial Group Inc..

BNP Paribas bought Bank of the West in 1979 and the unit had been its largest business outside of Europe.

Canadian banks have amassed billions of dollars of excess capital following a March 2020 moratorium that was lifted last month and they and investors have been itching to put that money to work to lift returns on equity.

BMO said on Monday its share repurchase program, which it previously said it would restart, is on hold until the Bank of the West deal closes at the end of calendar 2022.

The Canadian bank expects “meaningful” revenue synergies from the deal, which will be further quantified in coming weeks, executives said on a conference call on Monday.

But the deal comes at a time when the administration of U.S. President Joe Biden is pushing regulators—including the Federal Reserve—to take a tougher line on mergers across the economy amid worries that declining competition is hurting everyday Americans.

BMO’s CEO, Darryl White, told investors on Monday’s conference call that he saw “no sensible reason” the bank would not obtain the green light from U.S. regulators. He noted it was a positive sign that the Fed on Friday approved three outstanding deals.

“While BMO is anticipating that the deal should be closed by the end of next year, regulatory uncertainty does exist,” Barclays wrote in a note.

BMO said the acquisition would bring in nearly 1.8 million customers and extend its banking presence through 514 additional branches and commercial and wealth offices in key U.S. growth markets.

“We can see the strategic benefits from the acquisition, including further diversification of its loan book and expanding its geographic footprint,” Barclays said in the analyst note, cautioning that BMO’s relative capital advantage has now effectively disappeared overnight.

“We believe that this has the makings of a ‘wait and see’ approach.”