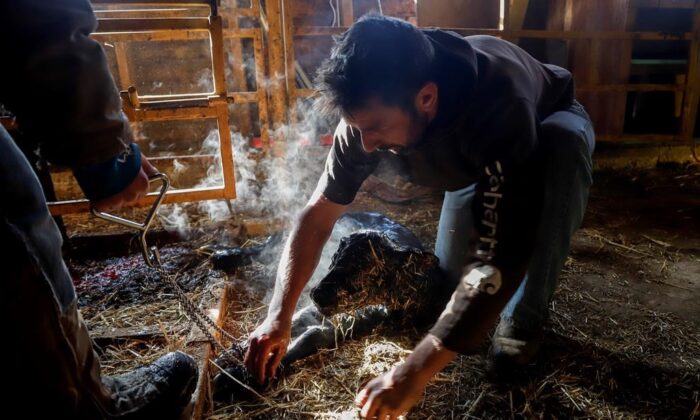 Canada’s agriculture sector is warning of higher prices and potential food shortages if it it isn’t designated an essential service and allowed to do business as usual during the COVID-19 crisis.

Already people worried about food staples have emptied some grocery store shelves, although governments have all said supplies are secure.

“We’re in unknown territory. We have concerns about potential problems,” said Todd Hames, president of the Alberta Wheat Commission. “That’s why we need to have governments recognize that farming is an essential service supplying food for the world.”

Hames, who has a grain farm near Marwayne in east-central Alberta, said railways, the Port of Vancouver, and companies that supply fuel and farm implements also need to remain open with spring seeding only weeks away.

It’s especially important since there have been delays in getting grain to market due to strikes and rail blockades, he said.

“Just when prices were starting to see our seasonal rallies in the spring, coronavirus hit. It’s just all gone to hell in a hand-basket,” Hames said. “Who knows what we’re in for this year?”

Canada’s cattle industry saw a sharp drop in prices when the CCP (Chinese Communist Party) virus pandemic was declared, although they have stabilized in recent days.

In 2018, Canada exported $3.7 billion in beef and live animals to 56 countries, but three-quarters was shipped to the United States. The Canadian Cattlemen’s Association wants to make sure that market isn’t affected and is relieved that borders are still open to beef as an essential good.

But first and foremost, said executive vice-president Dennis Laycraft, there must be recognition of efforts to keep an adequate supply of food available to Canadians.

Laycraft said the industry has been working with Agriculture Canada and the Canadian Food Inspection Agency to ensure meat−packing plants remain open.

“We’ve had good assurance that we’re going to be able to keep the plants up and operating at capacity,” he said.

About 60,000—mostly from Mexico, Jamaica and Guatemala—come to Canada annually, including 20,000 to Ontario alone.

Bill George, chair of the Ontario Fruit and Vegetable Growers’ Association, said workable safety rules need to be developed for those workers.

“We have to have some protocols that make sense. We view it as an essential service, but sometimes it would be very hard to maintain the six feet minimum separation that they want,” George said.

“We have to find a way around this or potentially look at relying on other countries to supply our [produce], and you’re not going to be getting a lot out of Spain this year or the United States.”

George said each day of delay increases the risk of crops not being planted in time—something that Canadians could see reflected at the grocery store.

“That would be my concern. There’ll be shortages and the prices will be higher if it is available. There’ll be a more limited selection for sure.”

Not everyone in the agriculture sector is concerned at this point.

Jeff Lewandoski, who runs a cow-calf operation in Jenner, Alta., said any worries are six months away when young calves will be taken to market.

“Our payday comes in the fall, so as long as we’ve got things half way back to normal by then, I don’t think this is going to be much of an issue.”

Lewandoski is more concerned about the long−term impact.

“It’s not the virus itself,” he said. “People panicking worries me and the decisions our government makes worries me that some of this might have some long−lasting effects on our whole economy.”