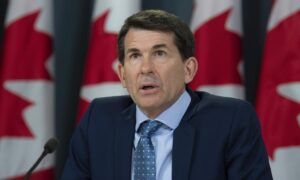 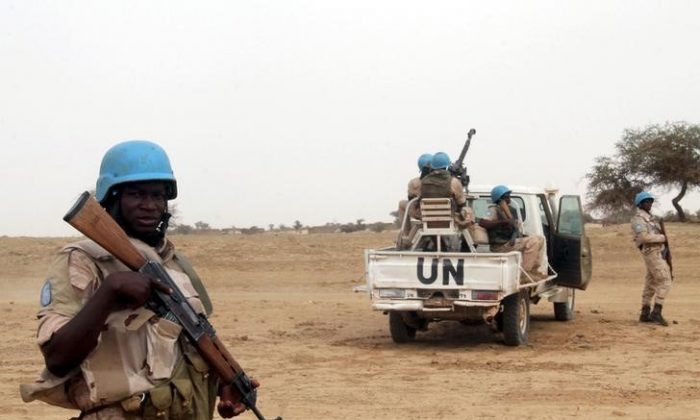 Canada Will Not Send Peacekeepers to Mali in Near Future

VANCOUVER—Canada will not be sending hundreds of peacekeepers to support a United Nations mission in Mali in the near future, officials said on Wednesday, Nov. 15, a move likely to disappoint allies who want Canadians to play a role in the West African country.

Last year, Prime Minister Justin Trudeau promised to contribute up to 600 troops to peacekeeping operations and Canadian defense experts paid three trips to Mali, where soldiers under the U.N. are fighting Islamic terrorist.

Canada has decided to split the soldiers between various missions, with no more than 200 going to any one spot, and will offer up transport aircraft and helicopters. It is also pledging to help train peacekeepers.

Any deployment would depend on talks with the United Nations that are likely to last many months, officials told reporters in a telephone briefing, speaking on the condition of anonymity.

The option of sending forces to Mali one day is still alive, said one of the officials. The planning process takes at least six months “so you’re not going to going to see some kind of rapid deployment to any mission, let alone a complex one like Mali,” the official said.

At a separate conference on U.N. peacekeeping efforts, Trudeau sidestepped questions about the likely international reaction, saying the varied measures Canada was proposing would serve the U.N. better.

“These are the things that actually create much larger impacts than the simple number of troops… the U.N. often needs specialized equipment or specialized individuals,” Trudeau said.

Unhappy allies earlier this year said Canada’s bid for a U.N. Security Council seat could suffer unless Trudeau lived up to his promises.

“This approach will be a disappointment to some, and the Canadian government will have to work hard to overcome the credibility it has lost in not following through on its initial pledge,” said Jane Boulden, a security studies expert at Queen’s University in Kingston.

Government insiders said enthusiasm for the Mali mission faded as the extent of likely casualties and the complex nature of the conflict became clear. More than 80 members have been killed since 2013, making Mali the world’s deadliest peacekeeping operation.

“Going somewhere for a very short period of time and leaving without having achieved anything… may be worse than actually going somewhere,” said the official.