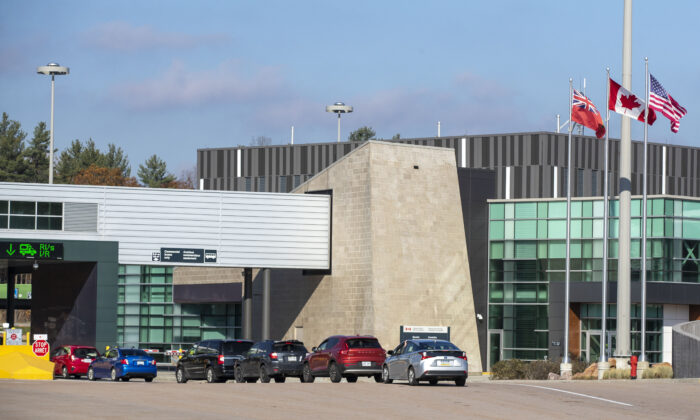 Beginning at the end of the month, fully vaccinated Canadians returning from the United States after trips lasting less than 72 hours will no longer have to produce a negative PCR test, says Health Minister Jean-Yves Duclos.

The latest policy change will cover citizens, permanent residents, and people registered under the Indian Act when they cross air and land borders starting Nov. 30, Duclos said at a press conference on Nov. 19. PCR testing will still be required for trips longer than 72 hours.

The exemption will also apply to children under 12 and individuals with medical contraindications to the COVID-19 vaccination, the Public Health Agency of Canada (PHAC) said in a press release on Nov. 19.

Duclos added the government is expanding the list of vaccines that travellers may have received in order to be considered as fully vaccinated for travelling in and out of Canada by the end of the month.

“This will now include vaccines from Sinopharm, Sinovac, and Covaxin matching the World Health Organization’s emergency use listing,” he said.

The health minister said the loosening of the rules will be also applicable to Americans entering Canada at some stage.

“I would also like to note that we will be re-evaluating the entry requirements for American citizens coming to Canada and will provide an update on any adjustments at a later date,” he said.

Duclos also said the government will tighten the entry exemption rules for certain groups of travellers who are currently exempted from being fully vaccinated.

“As of Jan. 15. 2022, there will only remain a limited number of exceptions in those cases, and anyone who qualifies for an exemption from vaccination will continue to be subject to entry requirements, such as testing before and after entering and quarantine,” he said.

According to PHAC, these travellers include international students, athletes, work permit holders, and essential service providers, including truck drivers.