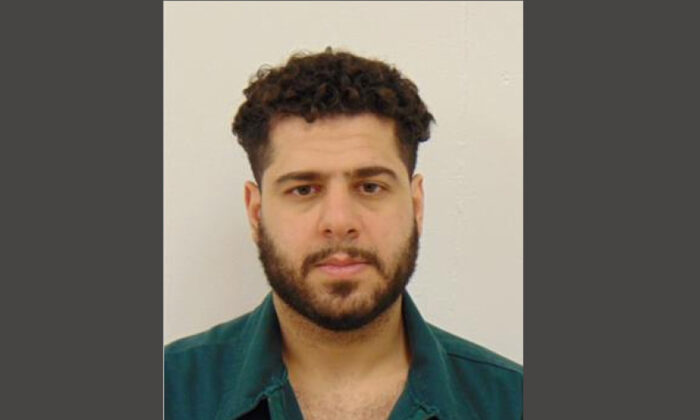 Calgary police say they have issued Canada-wide warrants for a man they believe is responsible for the death of a mother of young children after a shooting led to a crash.

Angela McKenzie, who was 40, was killed last week when a truck that was pursuing a sedan collided with her van and another car at an intersection in the city’s southeast.

Police say they have reviewed video surveillance cameras from the scene, talked to witnesses and processed the evidence collected.

They have issued seven Canada-wide warrants for 29-year-old Talal Amer.

McKenzie’s church pastor said last week that the woman was a mother of five children between the ages of nine and 17, and that the children lost their father to an illness in February.

The warrants for Amer include attempted murder, manslaughter, reckless discharge of a firearm and possession of a prohibited firearm.

“Based on the initial context from the scene, investigators believed that this incident may have been road-rage related,” police said in a news release Monday afternoon.

“However, after identifying the individuals involved and examining all evidence, we believe the shooting was targeted and that the driver of the (sedan) was the intended target. Occupants of the (sedan) did not exchange gunfire as previously thought.”

Amer is described as five-feet, 11-inches tall with brown eyes and brown hair.

Police allege Amer was the aggressor in pursuing the sedan and discharging a firearm before hitting McKenzie’s van.

“Our investigators have worked day and night to identify the person responsible for the tragic death of Ms. McKenzie,” said Staff Sgt. Sean Gregson of the homicide unit.

“This incident was a careless and senseless display of violence in our community.”

“Nobody expects to lose someone they love in an act so shocking it has people across Canada talking about it,” she says in the statement.

“Angela was our beacon of light, a feisty defender of her family and children, and the most generous person we have ever known. She saw joy and hope where others only found struggle.

“In our struggle to accept her death, Canadians, and especially Calgarians, have shown … a grace and generosity that matches that of our beloved daughter, sister, and mother. We see the beautiful soul of our community blossoming from this ugly act, and we get to experience the dignity of the world the way Angela always experienced it.”