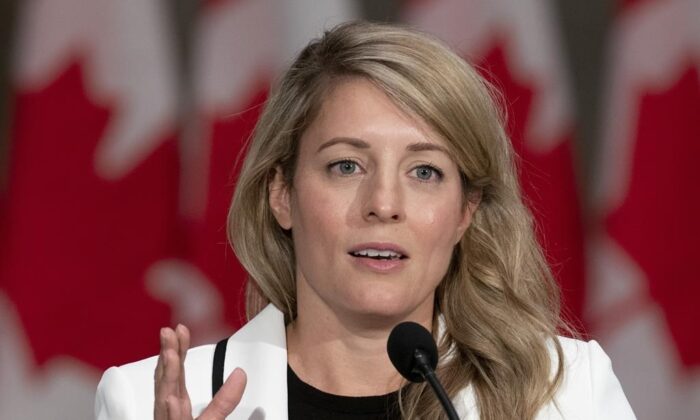 OTTAWA—Foreign Affairs Minister Mélanie Joly says Canada wants the International Criminal Court to open an investigation into Russia for possible crimes against humanity because of its invasion of Ukraine.

Joly announced Canada’s intent in Geneva today after she and other Western diplomats walked out in the middle of the address by their Russian counterpart, Sergey Lavrov, at the United Nations Human Rights Council.

On Monday, ICC Prosecutor Karim A.A. Khan issued a statement saying he had decided to open an investigation because he found there was a reasonable basis to believe war crimes and alleged crimes against humanity have been committed in Ukraine.

Lavrov, along with Russian President Vladimir Putin, have been sanctioned by Canada and their allies for their role in orchestrating what is described as an illegal attack on a sovereign country.

Joly was leaving Geneva and headed to Poland later today for meetings with her counterparts there to address the Ukrainian refugee exodus and oversee the delivery of Canadian military aid.

She is expected to travel to Poland’s Ukraine border later this week.